Edison International and its employees have partnered with Habitat for Humanity to build homes for low-income families.
Apr 3, 2015 12:00 AM ET
Article
Edison's Online Newsroom

Two years ago, Enrique and Sonia Lopez and their three sons were living in a one-bedroom, one bath apartment in Long Beach while they struggled to save enough money to move into a larger home. Today, they are proud owners of a three-bedroom house.

Their dream of owning a home was made possible through Habitat for Humanity of Greater Los Angeles and funding from corporate partners such as Edison International who provided a grant under the Long Beach Neighborhood Revitalization Initiative.

When we saw Edison International come and help, we were very surprised because we did not know the company could come out and help people,” said Sonia, who works as a child care worker for the Long Beach Unified School District. “We were just happy to know that there were other people willing to help build other people’s homes.”

From 2010 to 2014, Edison International contributed more than $85,000 in grants to Habitat for Humanity (all monies are from shareholders) and its employees have contributed 1,763 volunteer hours building and rehabilitating houses.

On this day, Elizabeth Chin, 52, was continuing that tradition of volunteering.

An administrative aide in the Transmission and Distribution Department of Southern California Edison (SCE), Edison International’s subsidiary, Chin participated in a build in Lynwood by hammering nails, painting eaves and installing windows. She felt a sense of pride volunteering and giving back.

“It is a beautiful feeling to give back,” said Chin, who along with 35 other volunteers from Edison International took part in the Habitat for Humanity of Greater Los Angeles’ Lynwood Neighborhood Revitalization Initiative. “I think it speaks a lot for the company where employees can volunteer to come together and work on a project like this. This tells me that I work for a company and with co-workers that care about the people in its community.” 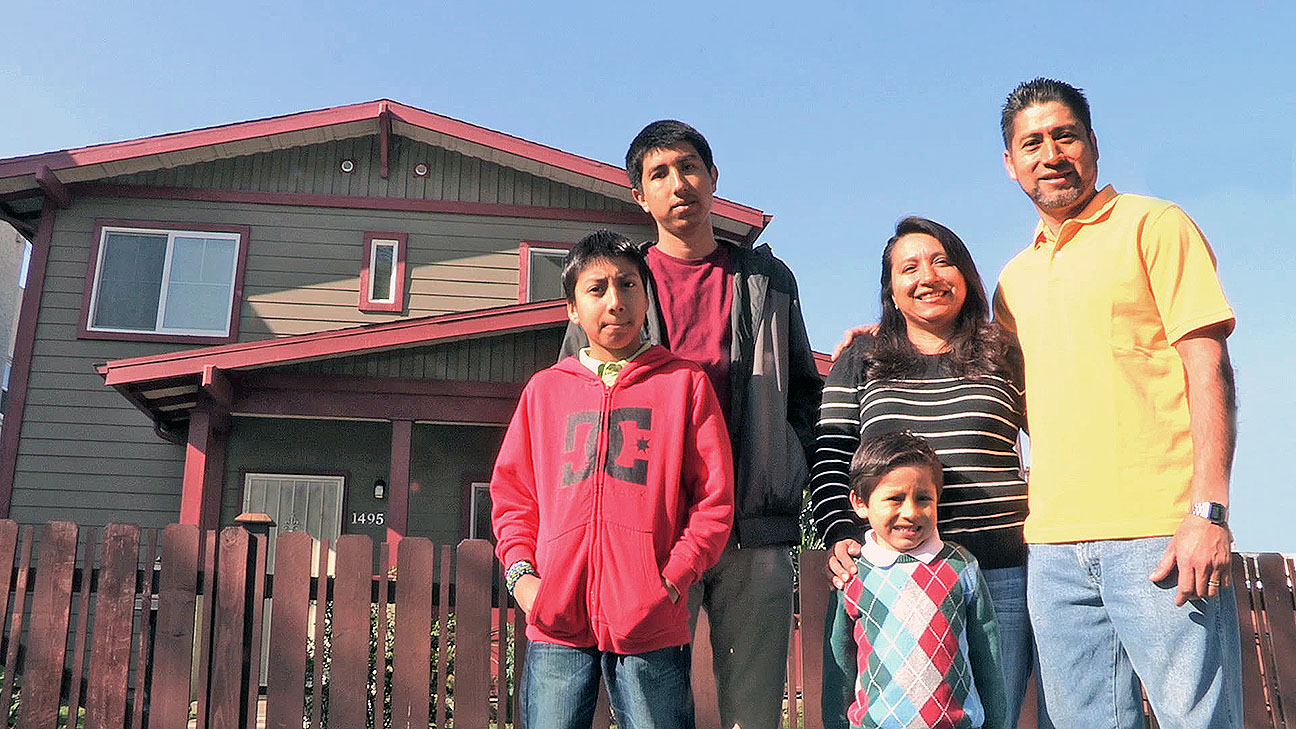 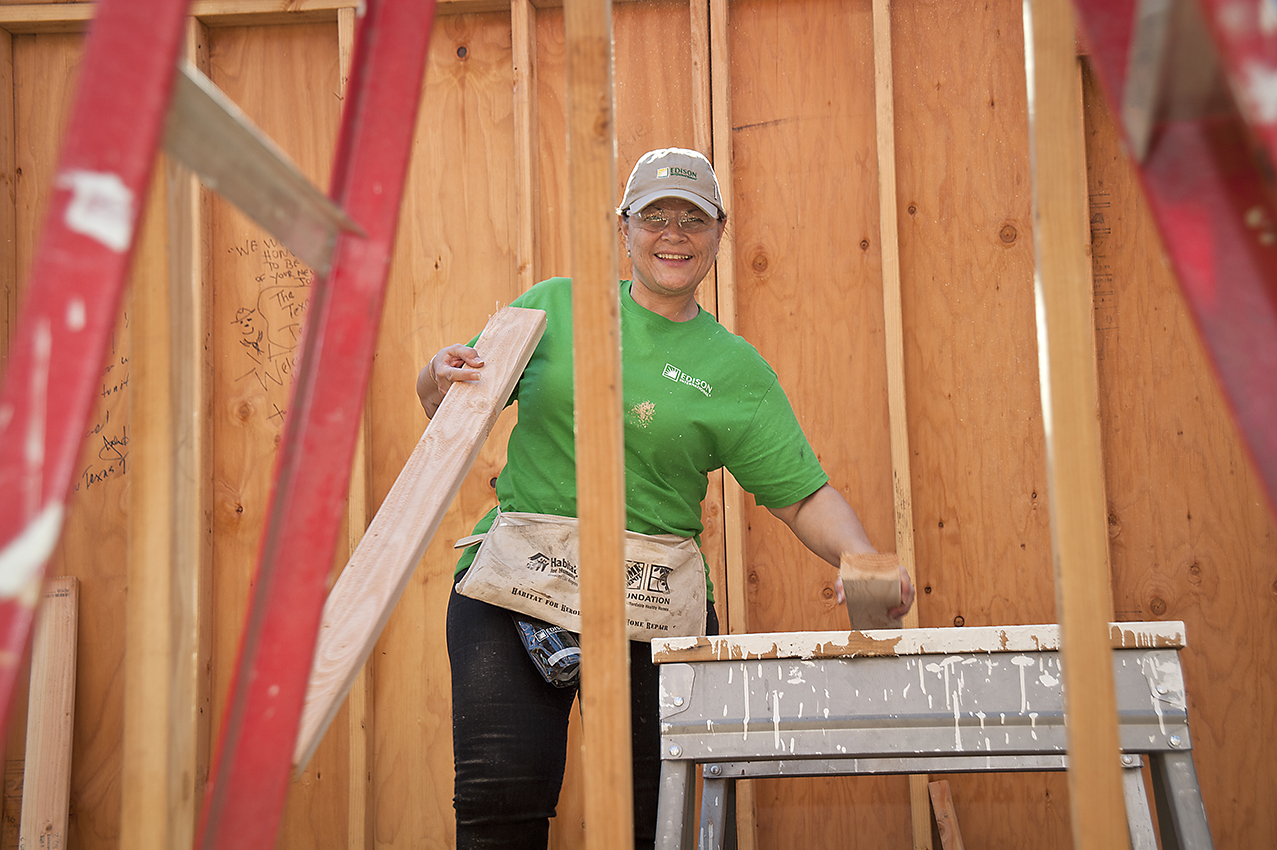 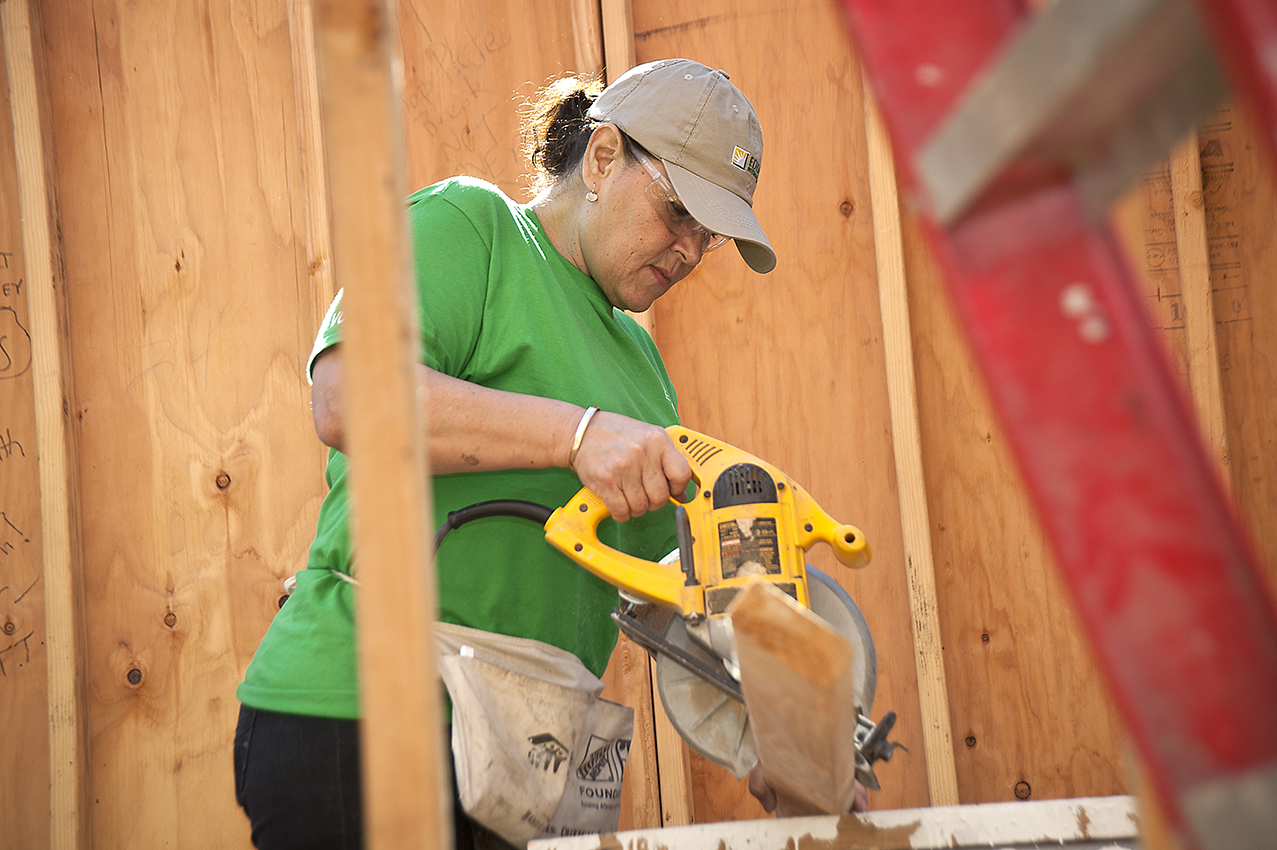