At the Nitehawk Cinema in Brooklyn on Tuesday, June 9, Fox Searchlight hosted an exclusive screening of its upcoming film Me and Earl and the Dying Girl, as well as a Q&A with the director and cast, for students and alumni of the Ghetto Film School program in New York City. Ghetto Film School is a Bronx-based nonprofit that teachers filmmaking to young people from traditionally low-income neighborhoods.

"We pride ourselves on offering these students real-world access," said Derrick Cameron, the Artistic Director at GFS. "I have students telling me all the time that their interactions with filmmakers like this have inspired a particular scene or project."

For nearly a decade, Fox Searchlight has been a key partner in connecting the organization's students with prominent filmmakers. The studio has a long history of hosting similar screening events for GFS students. The Wrestler's Darren Aronofsky, I Origins' Mike Cahill, and Beasts of the Southern Wild's Behn Zeitlin are just a few of the directors who have participated in the past.

In keeping with this tradition, Me and Earl director Alfonso Gomez-Rejon, as well as cast members Thomas Mann, Olivia Cooke, RJ Cyler, and Katherine C. Hughes hosted a master class-style Q&A following the screening. With no moderator, the students were allowed to interact with the creative team directly, and many took the opportunity to ask intricate questions about the production process.

"You're all filmmakers, so we can talk about this," Gomez-Rejon joked before describing the film's climactic sequence in great technical detail.

"You can design a scene and be prepared as you think you can be, but it doesn't always work," he advised the young filmmakers. "A lot of times, the movie will tell you what it wants."

For the students, the event provided an opportunity to learn directly from top practitioners of the craft. Jade Elliott, a recent graduate of GFS who attended Tuesday's screening, said the process of meeting these and other filmmakers "makes the magic of film doable."

"If anything, it motivates me more to get it done," Elliott said. "It makes my dreams and aspirations more attainable." 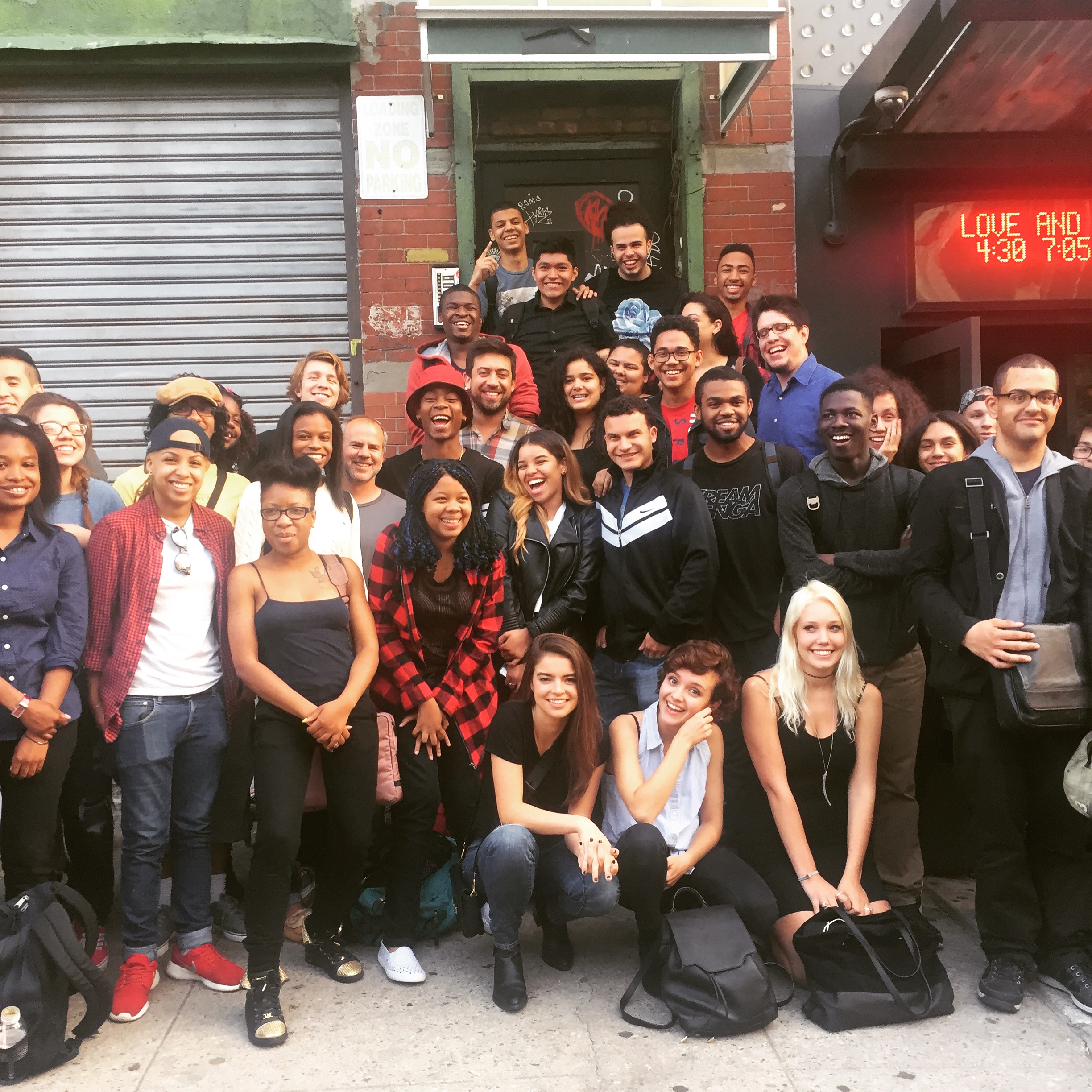