Madécasse Breaks the Mold by Making Chocolate at the Source

Jul 13, 2015 7:05 AM ET
Tweet This:
"@Madecasse Breaks the Mold by Making Chocolate at the Source" Learn about the story of @RSFSocFinance borrower: http://bit.ly/1eKAc6w
Article
Reimagine Money Blog

When former Peace Corps volunteers Tim McCollum and Brett Beach looked for ways to make a social impact in Madagascar, they focused on one of the ironies of African economies: the continent is rich in raw materials, but it rarely reaps the benefits. That’s because foreign companies buy up Africa’s resources and take them offshore for manufacturing.

The fair trade chocolate company that McCollum and Beach created in 2008 upends that model. Madécasse not only buys cocoa in Madagascar, but also makes and packages chocolate there. This approach provided incentives for several educated Malagasy to stay in their country and created numerous jobs that pay a living wage—making the company a real standout, even in the fair trade world.

“It’s rare to find entrepreneurs who go beyond the minimum fair trade standards and really care about the communities they’re working with,” says Kate Danaher, RSF lending manager. “But Madécasse has done that tenfold.”

The Madécasse co-founders fell in love with Madagascar when they volunteered there from 1999 to 2001. Beach stayed on, working for the U.S. Embassy and the U.S. Agency for International Development. McCollum headed for business school and a job with American Express in New York City, but retained a desire to help one of the poorest nations in the world.

When Beach started a company exporting Madagascar vanilla to the U.S., McCollum worked nights and weekends stateside to help him, offering advice and seed money. “But it was only when we discovered that Madagascar has some of the last genetically pure cocoa on the planet that we realized this was how we could make our social impact,” says McCollum.

The pair realized that by making high-quality chocolate where the cocoa is grown, they could create jobs with above-market wages and provide a much-needed opportunity for locals to develop international business skills.

The Step Beyond: Manufacturing at the Source

McCollum insists that people shouldn’t buy Madécasse (pronounced mah-day-KAHS) chocolate just because it’s the right thing to do. “Madagascar arguably has the best-quality cocoa in the world,” he says. “Chocolate makers and pastry chefs around the world have told us it’s their favorite origin because of its fruity aftertaste.”

McCollum and Beach found the traditional chocolate-making model less palatable, however. Most big manufacturers import raw materials from Africa and process it into chocolate overseas, robbing the continent of 95 percent of the value chain. But Madécasse has paired with a factory in Antananarivo, Madagascar, to produce, package, and ship its bars and baking discs, which are then sold in the U.S.

Doing business in Africa has posed unique challenges. For starters, Madagascar has few paved roads, which means farmers often cannot get their product to market. (Madécasse has had to help farmers fix bridges in order to obtain their cocoa.) And the political climate can be volatile. “We were literally negotiating our first supplier contract on the ground on the day of a coup,” says McCollum. “Brett was there, and he heard bullets flying.”

The company has faced challenges in the U.S. too. Last year, when Madécasse realized it needed additional funding to launch several new products with Kroger and Whole Foods, McCollum approached several banks—and they quickly showed him the door. “Traditional lenders and institutions,” he says, “tend to get very nervous when they hear the word Africa.”

Not RSF Social Finance. McCollum felt that RSF immediately understood his company’s mission, and the timing was right. McCollum had met with RSF several years before, when Madécasse was too small to qualify for a loan. “But when we met again last year, Madécasse was larger and on the verge of profitability,” says Danaher. “It was heading toward $4 million in sales, and at the right stage in its growth where we could be a good partner for the company.

“It was also a slam-dunk from a mission standpoint,” she adds. “It was a perfect fit.” In the consumer packaged goods sector, RSF looks for organic or fair trade products that deliver benefits to the communities and people who get the product to market.

RSF worked with Madécasse to understand its unique needs and provided it with a line of credit that works for the organization—something big banks will not do. Last July, RSF extended a $650,000 line of credit and introduced the co-founders to CEOs at larger fair trade food companies who were willing to share their experiences.

“It’s been great,” says McCollum. “A lot of really qualified, talented people have donated their time to give us advice and help us avoid mistakes.”

Because of RSF’s financing, Madécasse was able to double sales quickly, jumping from shipping $150,000 to $300,000 worth of product each month and launching the new products with Kroger and Whole Foods.

But what RSF really loves is that Madécasse measures its success by its impact on the ground. The company has provided work for numerous Malagasy, from factory workers to auditors to box makers and shippers. And Madécasse buys cocoa from 160 to 200 farmers, most of whom have seen their income jump 60 percent, from about $1.60 to $3 a day. The rise may seem minuscule to Westerners, but for the farmers, it’s the difference between surviving and thriving.

Madécasse has also helped preserve 140 hectares of cocoa-growing land that people might otherwise have deforested for firewood or rice paddies, and has partnered with Whole Foods and its Whole Planet Foundation to repair and refurbish a school and build wells.

“The management has made a commitment to really benefit that country, which fits exactly with our definition of a social enterprise,” says Danaher.

McCollum says Madécasse has reached only 10 percent of its envisioned growth, and the company expects to keep expanding its product line. What the company really wants, though, is to change the way consumers think about chocolate.

“We want to educate the entire market so that people think about the ethical and the sourcing side of chocolate, the whole dynamic of Africa and cocoa,” says McCollum. “For that, we’re going to need another seven or eight years.” 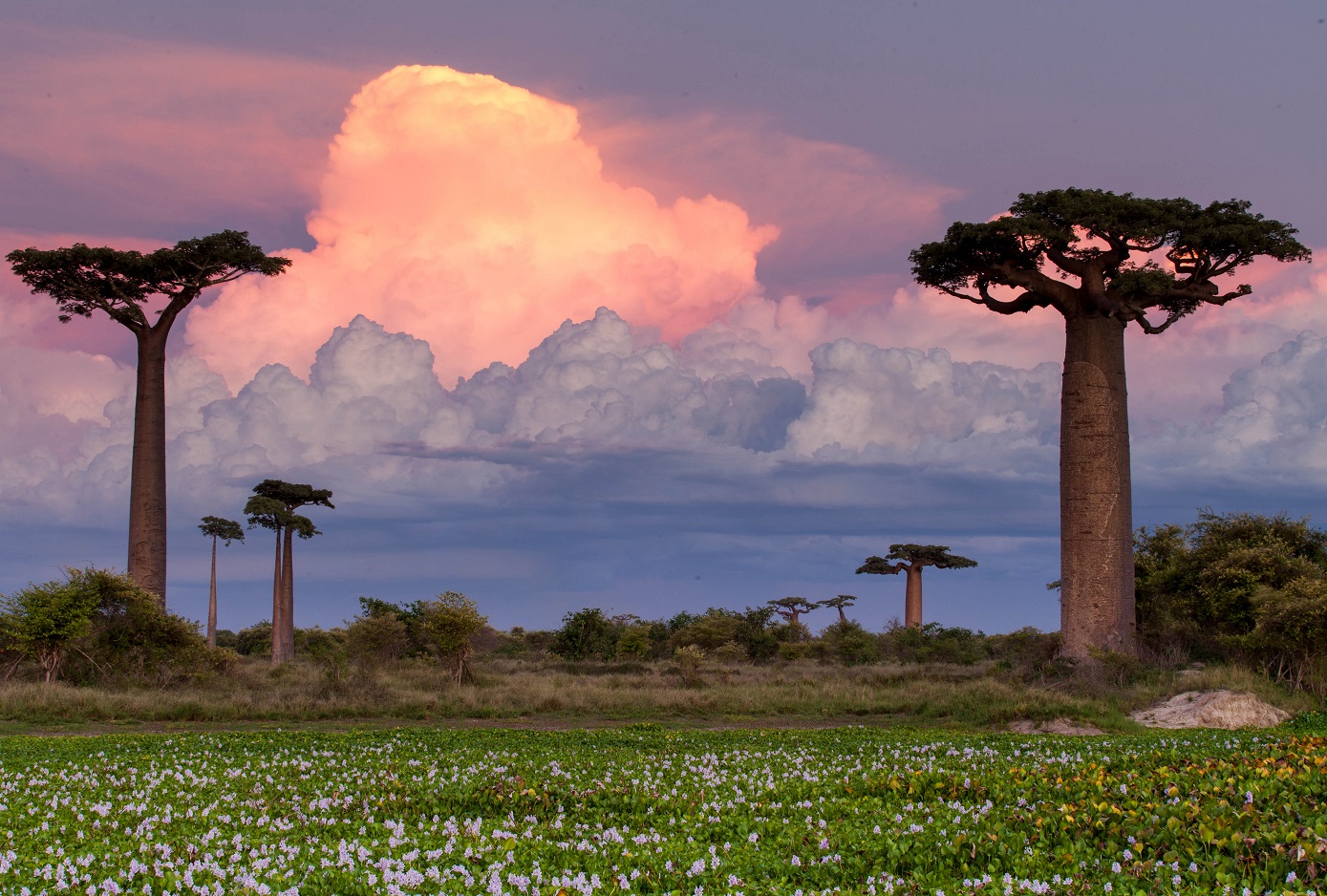 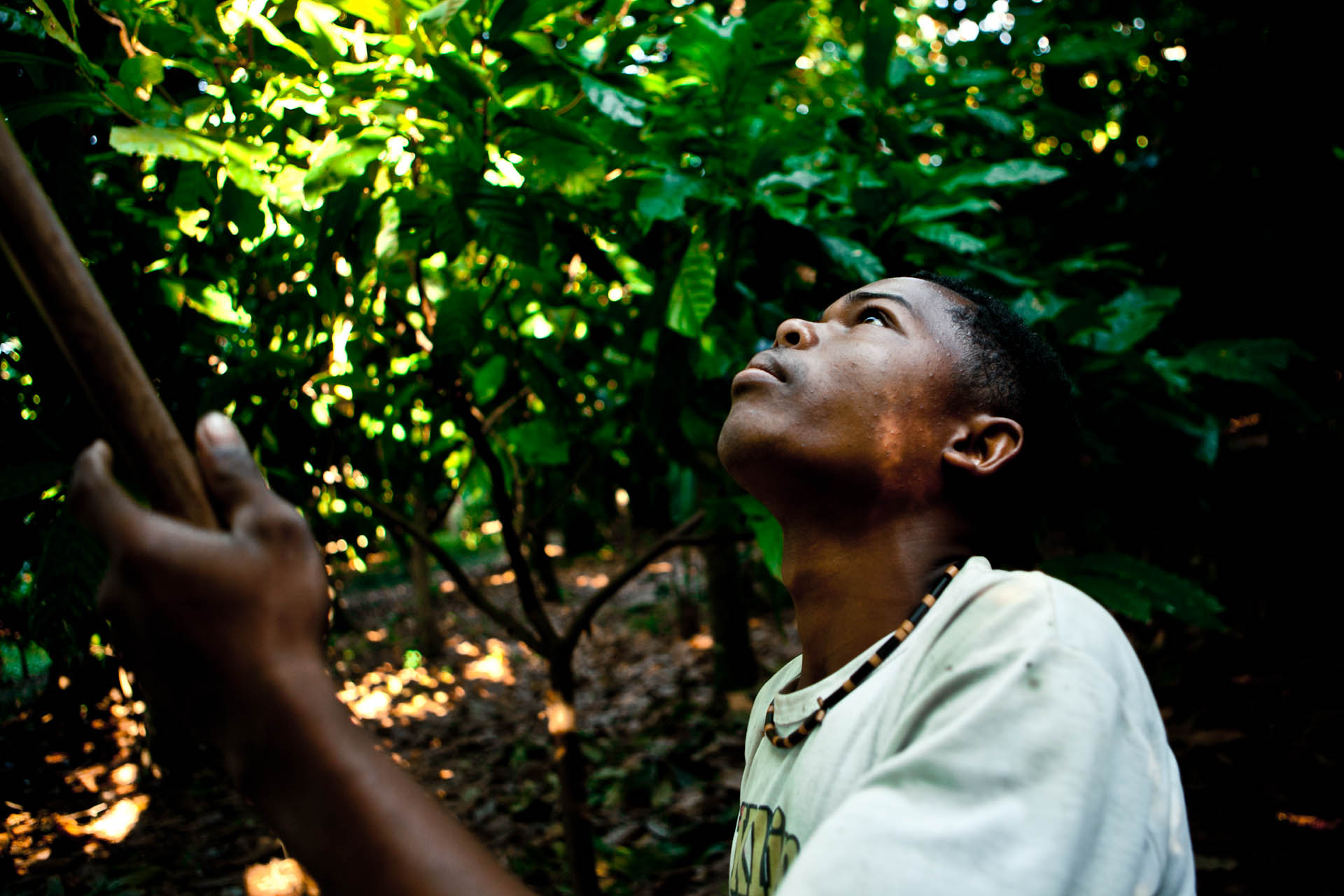 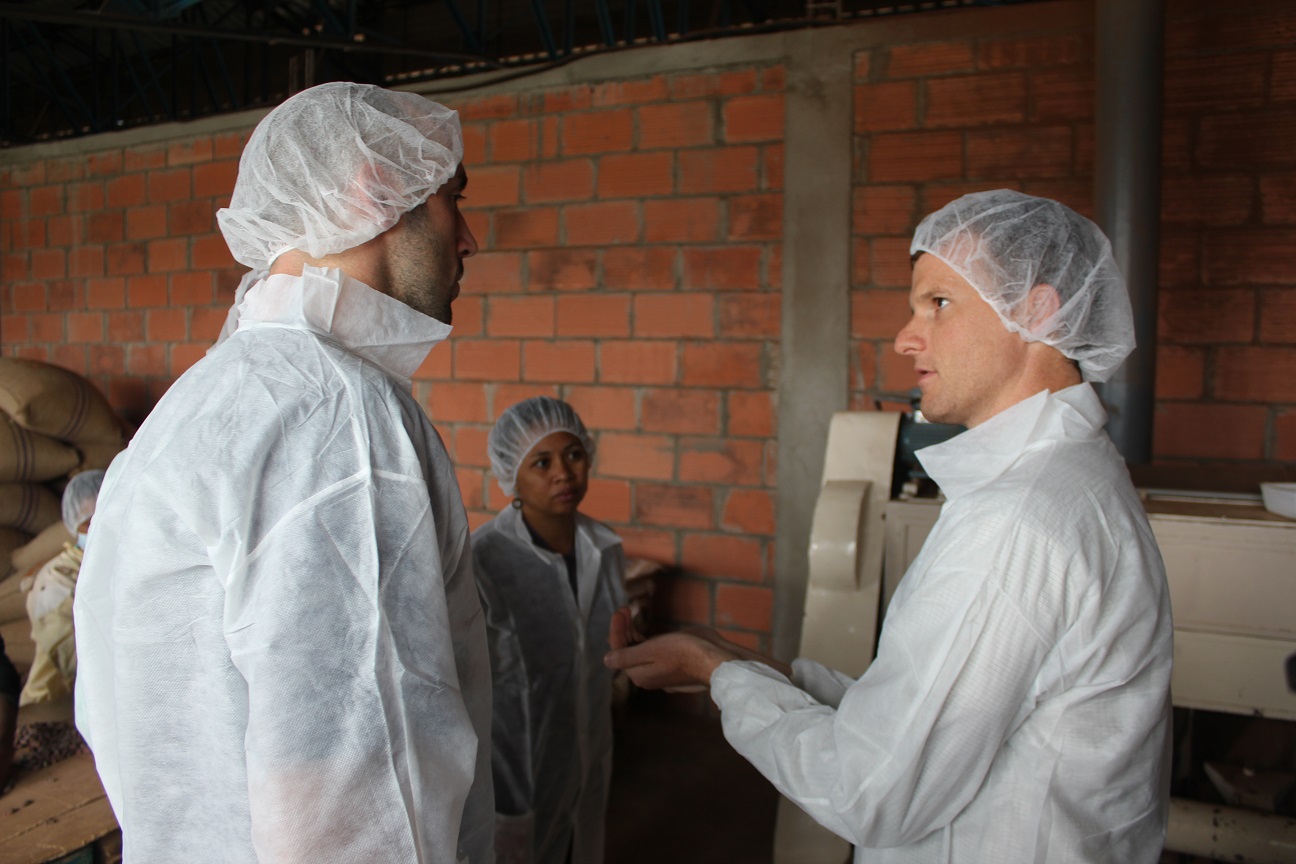 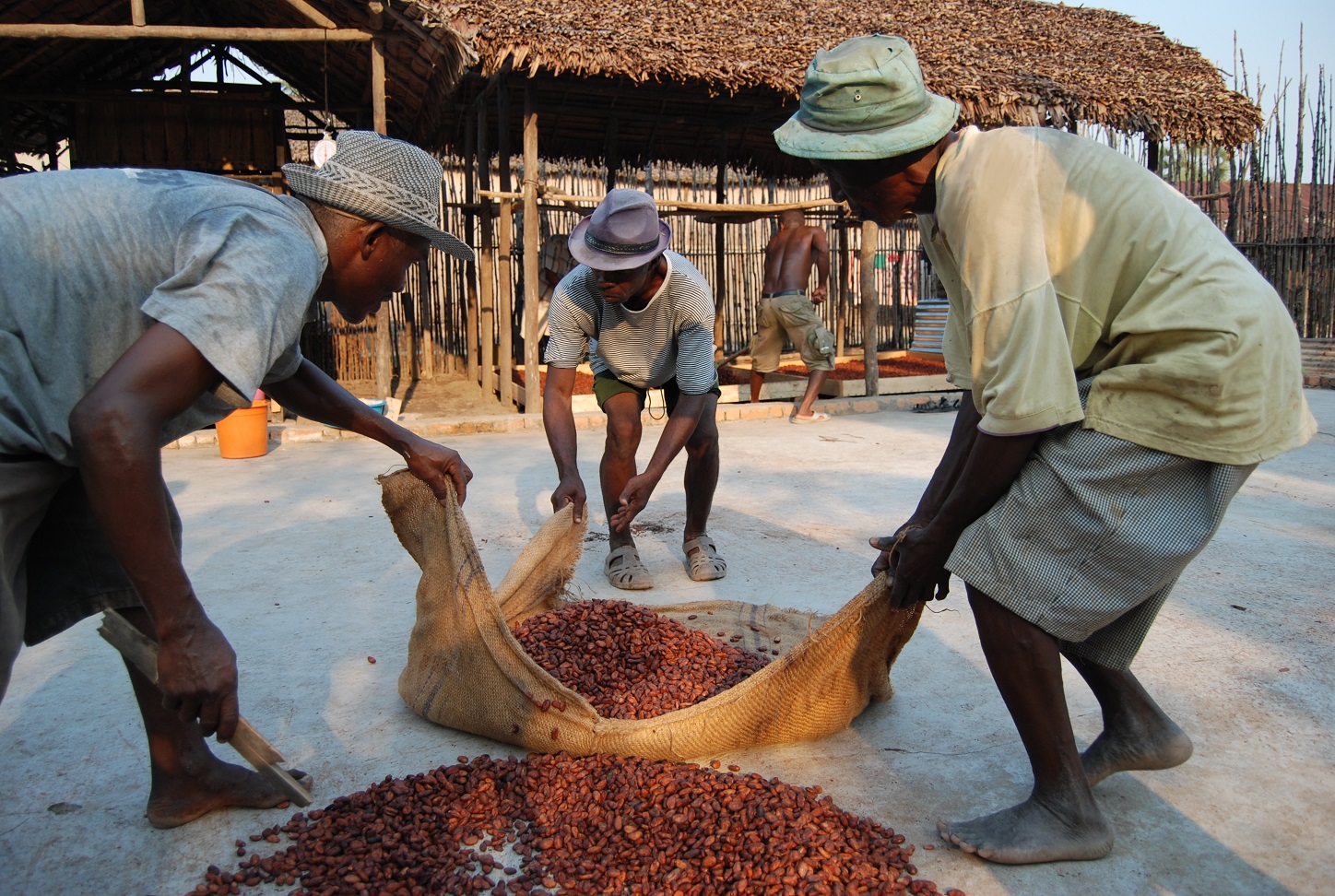