Critics of the Environmental Protection Agency’s new Clean Power Plan are describing it in apocalyptic terms. But much of what they believe about the plan -- that it will destroy the coal industry, kill jobs and raise costs for consumers -- is wrong. And it’s important to understand why.

The overblown political rhetoric about the plan tends to obscure the market reality that the coal industry has been in steady decline for a decade, partly as a result of the natural gas boom, but mostly because consumers are demanding cleaner air and action on climate change. Communities across the U.S. have led the way in persuading utilities to close dirty old coal plants and transition to cleaner forms of energy. The Sierra Club’s grass-roots Beyond Coal campaign (which Bloomberg Philanthropies funds) has helped close or phase out more than 200 coal plants over the past five years.

The primary reason for the public revolt against coal is simple: It causes death, disease and debilitating respiratory problems. A decade ago, coal pollution was killing 13,000 people a year. Today, the number is down to 7,500, which means that more than 5,000 Americans are living longer, healthier lives each year thanks to cleaner power.

At the same time, jobs in the energy industry have multiplied, led by natural gas and renewable sources such as solar and wind. Today, there are nearly two people working in the solar industry for each person employed by the coal industry.

What has this meant for consumers’ pocketbooks? Very little. The transition away from coal has been almost undetectable in electricity bills: Residential rates have been essentially flat since 2006.

In short, reducing our nation’s coal consumption has meant a healthier country with more jobs -- at no extra cost to consumers. Is there anyone who thinks that’s a bad deal?

The EPA’s Clean Power Plan merely continues this trend. Consider this: More than 50 percent of U.S. electric power came from coal in 2005. Today, it is down below 40 percent. The EPA’s new rules project a decline to 27 percent by 2030. In other words, we are already halfway to the EPA’s goal -- seven years before its rules take full effect, and before many of the coal plant closings that are scheduled to happen over the next decade, thanks to the Sierra Club and others. And if the latest phase of the Sierra Club’s campaign succeeds, coal power will fall far below 27 percent well before 2030 -- even if the EPA rules are rescinded by the next president or struck down by the U.S. Supreme Court.

That doesn’t mean the new rules aren’t important. They are, and that’s why Bloomberg Philanthropies is investing $24 million to help states comply with them.

The rules include the first-ever limits on carbon emissions, which will send a clear signal to the market that the coal industry won’t be coming back. They provide incentives to states and utilities to accelerate their investments in renewables, while also boosting nuclear power. And they encourage states to adopt energy efficiency measures, which will save consumers and businesses in the long run.

But the fact remains that King Coal is dying of natural causes: Market forces, technological advances, and public demands for clean air and climate action have combined to make alternative sources of energy more financially attractive. The price of new wind power, for example, is lower than that of coal in most parts of the country.

Critics continue to argue that we shouldn’t reduce our coal use until China and other countries do so. But that’s like saying, “We won’t stop killing our people until you stop killing yours.” Not only would it be absurd, it would also be economically foolish.

Cities that take action to reduce their emissions and clean their air reap significant economic gains. Beijing recently announced that it was closing its four coal-fired power plants -- not out of altruism, but because its leaders recognize that dirty air is harmful to the city’s business environment and public health.

Many cities in the U.S. have demonstrated how cutting carbon emissions and expanding economic growth go hand-in-hand. In fact, mayors in both parties have set exactly the kind of efficiency and renewable energy goals that the EPA has just adopted, and an increasing number of business leaders have done the same.

As President Barack Obama said Monday: “The idea of setting standards and cutting carbon pollution is not new, it’s not radical. What is new is that starting today, Washington is starting to catch up with the vision of the rest of the country.”

He’s right -- and while some of us had hoped the EPA’s plan would include even bolder targets and timelines that reflect the major progress that cities, states and industries are already making, he’s acting not a moment too soon.

Over the next few months, world leaders will be negotiating a global agreement on climate change. The EPA’s new rules allow the U.S. to show that we are leading by example, putting more pressure on other countries to act.

Even those Americans who are skeptical of climate change ought to support the EPA’s new plan. It will save lives and create jobs in red and blue states alike. And it will help ensure that in the so-called war on coal -- which is really a battle to protect communities from coal’s harmful effects -- the American people emerge victorious.

This column does not necessarily reflect the opinion of the editorial board or Bloomberg LP and its owners.

To contact the editor on this story:David Shipley at djshipley@bloomberg.net 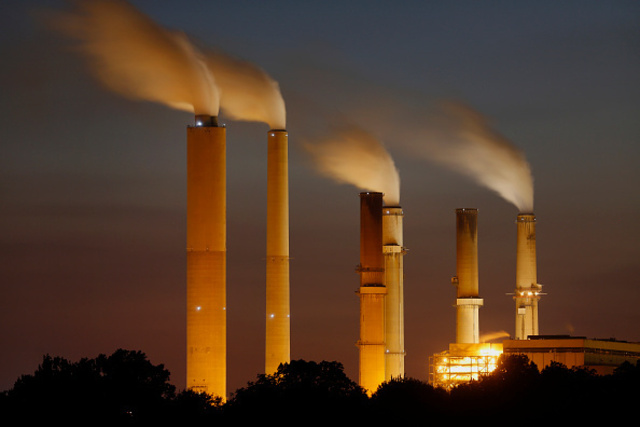