Nov 11, 2016 9:00 AM ET
Tweet This:
Performance-based regulation: How could they impact electric utilities? http://bit.ly/2fFQJt9
Article
Regulators Examining Whether Performance-Based Incentives Could Be the Key to a Modernized Grid

Utility regulators in some U.S. states are considering the adoption of performance-based regulation to replace the traditional cost of service regulation. Under this model, the utility’s revenues would not be based on the total costs of providing service, but rather on a broad economic measure such as the Consumer Price Index in conjunction with a set of specific performance metrics related to the utility’s operations. “Performance-based regulation provides a utility with a stronger incentive to control costs – and the resulting prices charged to its customers – than the traditional cost of service regulation,” said Russell Feingold, Vice President in Black & Veatch’s management consulting business. “Performance-based regulation mechanisms would fundamentally change the rate-setting process from a singular focus on cost recovery to one focused on financial and operational incentives.” Performance-based regulation plans have been adopted in Canada, the U.K., New Zealand and Australia. With the transformational activities occurring today in the electric utility industry, Feingold said there is a strong belief that performance-based regulation will be revisited in the United States over the next few years. Some states, such as Connecticut, Illinois and Maryland, have established performance-based reliability requirements. These are designed to spur accelerated upgrades to the grid. The requirements incorporate both incentives for meeting minimum reliability standards and penalties for falling short. In New York, the state utility regulator is undertaking a major initiative with the Reforming the Energy Vision and proceeding to create new earnings opportunities for utilities. “These opportunities will be a combination of outcome-based performance incentives and revenues earned directly from the facilitation of consumer-driven markets,” Feingold said. These earnings opportunities will address a number of critical areas, he said, including system efficiency, energy efficiency, customer engagement, interconnection and affordability. A Change in Focus for Management Under performance-based regulation, Feingold said, a utility would have a strong motivation to control costs because it can retain some level of financial benefits associated with improving the efficiency of its operations. On the other side of the coin, it would also have a reduced ability to pass on cost increases typically allowed under cost of service regulation. “Very simply, performance-based regulation prompts utility management to focus on the outcomes of the business rather than on investments and energy throughput. A well-conceived performance-based regulation plan provides a means to encourage higher levels of cost performance, without unduly jeopardizing service, by providing utility management with an opportunity for enhanced rewards for assuming some additional degree of risk.” Feingold said that if properly structured, the incentives should motivate the utility to increase its efforts and to change its behavior to embrace the added managerial and operational flexibility afforded under performance-based regulation – to the ultimate benefit of both its customers and shareholders. Outcome Measurements Would Become the Standard Under these mechanisms, the outcomes achieved by utilities would be the standard by which their performance would be judged. “As long as the outcomes are structured to meet the needs of the energy marketplace, utility management should be given greater latitude to decide upon the right levels of investment and specific business activities to best align the interests of its shareholders and customers,” he noted. The significant investments needed for the smart grid will motivate utility regulators to measure the achievement of the desired benefits through performance metrics and will have clear financial implications for the utility industry. “Regulators will need to pay more attention to optimizing the condition and performance of the existing utility transmission and distribution system to ensure utilities can fund the new technologies required for a transition to the grid of the future,” Feingold said. 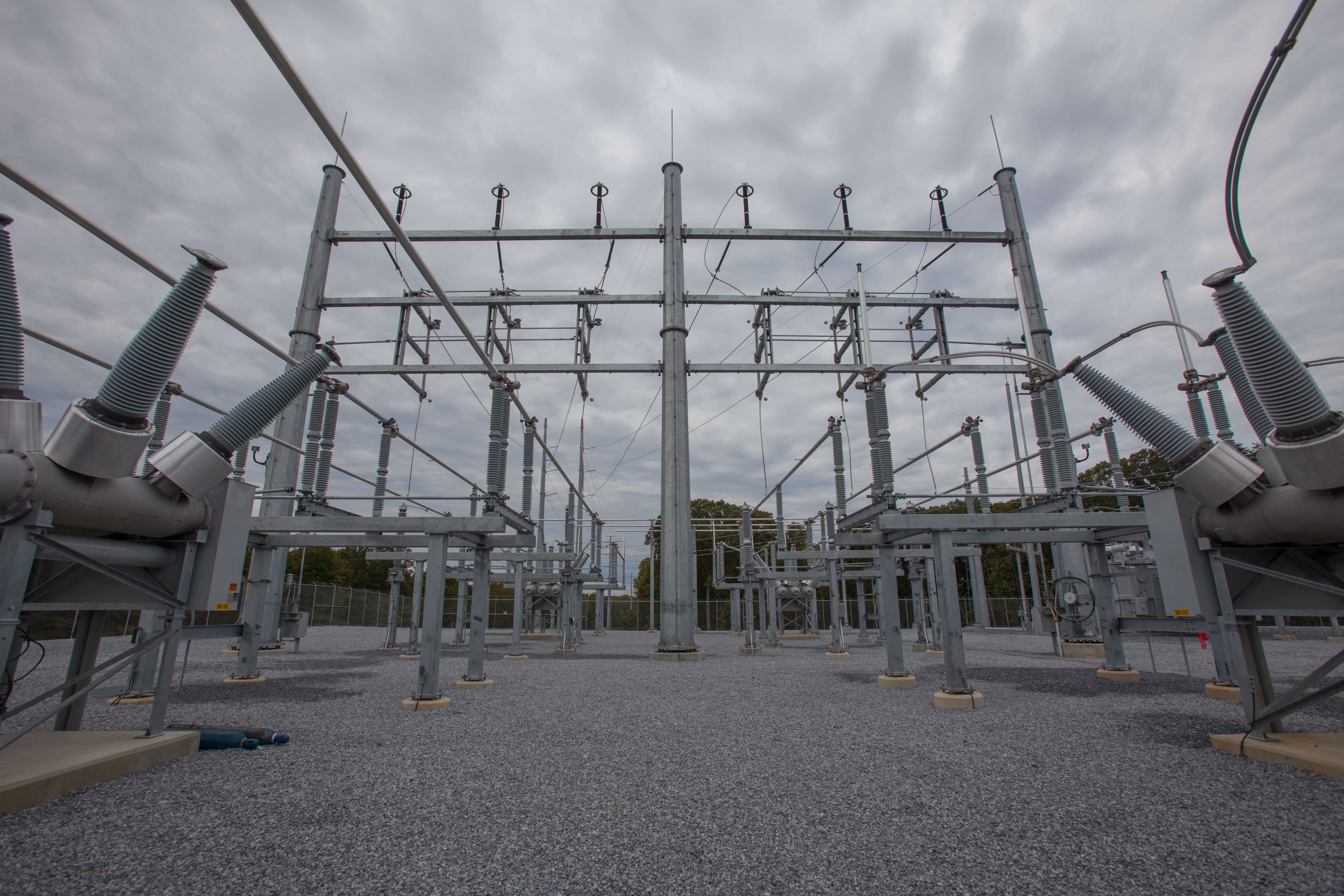