Josephine Pieters, Corporate Affairs Manager for De Beers Consolidated Mines, said: “Our campaign focuses on providing simple tools in the form of sanitary pads and school shoes to ensure that children in our local communities can stay in school. It is a response to a real need.

“Some of the challenges facing youngsters in rural Limpopo are the long distances travelled by learners to gain access to an education. Similarly, many young girls miss up to a whole week of school each month because they cannot afford sanitary towels.”

On top of the De Beers contribution, some of its employees have made personal donations of school shoes and sanitary pads to extend the reach of the programme and touch the lives of even more children.

The donation is just one part of the company’s education campaigns. During the year, there will also be 14 bursaries, 30 places on the De Beers Youth Development Programme and 12 learnerships for university students.

In addition, De Beers will provide financial study assistance – a R15,000 (US$1,100) grant – for tuition fees at a university or college, plus continued support for the 32 students the company supports in their second and third years.

De Beers aims to secure a lasting legacy in the communities where the company operates. On education, it is most proud of its partnership with the Limpopo Department of Education, which has led to building or improving 13 schools.

Other funding went to a project to fund additional teachers and administrators for three schools in Musina (R3 million – US$227,000) and the long-running De Beers Saturday School Programme, providing extra mathematics and science lessons in Musina and Blouberg.

De Beers is a member of the Anglo American plc group. Established in 1888, De Beers is the world’s leading diamond company with expertise in the exploration, mining and marketing of diamonds. Together with its joint venture partners, De Beers employs more than 20,000 people across the diamond pipeline and is the world’s largest diamond producer by value, with mining operations in Botswana, Canada, Namibia and South Africa. As part of the company’s operating philosophy, the people of De Beers are committed to ‘Building Forever’ by making a lasting contribution to the communities in which they live and work, and transforming natural resources into shared national wealth. For further information about De Beers, visit www.debeersgroup.com. 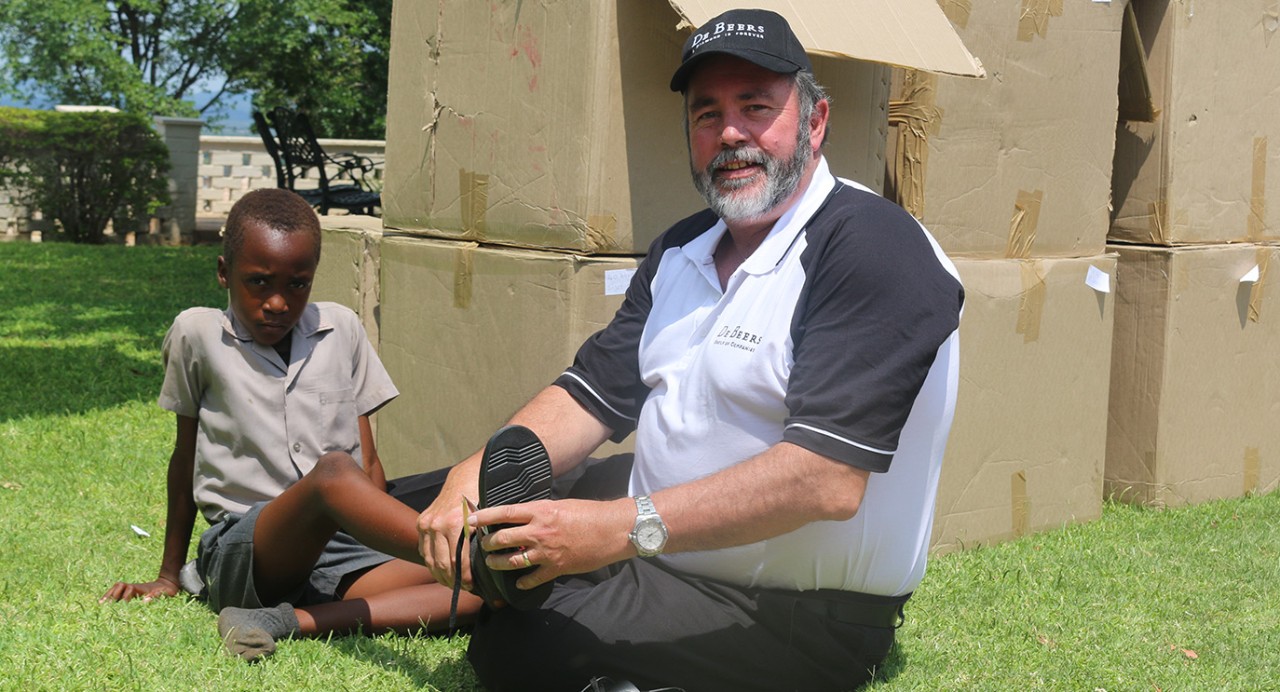