The pulp and paper industry is an energy intensive industry.
May 27, 2014 8:00 AM ET
Tweet This:
.@SappiNA's #paper is made with renewable #energy. Learn more about how in #Sustainability #Report: http://bit.ly/SappiSReport
Article

In terms of total consumption of energy, pulp and paper is third among industrial sectors; only the refining and chemical industries consume more. However, environmental impact is affected not just by the amount of energy, but also by the type of energy consumed. On average, US pulp and paper mills derive nearly two-thirds of energy needs from renewable sources that are considered carbon neutral. Sappi’s mills derive over 80 percent of their energy from renewable resources.

The Carbon Neutrality of Biomass

In reporting greenhouse gas emissions, we do not include carbon dioxide emissions derived from biogenic sources. The carbon neutrality of biogenic fuels (e.g., woody biomass and black liquor) is considered “settled science.” This issue has been recognized by an abundance of studies and institutions including the Intergovernmental Panel on Climate Change (IPCC).

As forests grow, carbon dioxide (CO2) is removed from the atmosphere via photosynthesis. This CO2 is converted into organic carbon compounds (e.g., lignin, hemicellu­lose and cellulose) stored in woody biomass. The carbon stored in biomass will return to the atmosphere regardless of whether it is burned for energy, allowed to biodegrade, or lost in a forest fire. As biomass carbon is released, the carbon cycle is completed.

Recognition of the carbon neutrality of these sources is also the basis for various pieces of legislation around the world. As governments continue to implement incentives and mandates to increase the use of renewable fuels, these programs are met with concerns regarding the potential depletion of forest carbon stocks that could upset the carbon balance. Sappi fully supports the American Forest and Paper Association (AF&PA) recommendations to treat forest-derived biomass as carbon neutral where the growth rate of forests is greater than or equal to harvest levels. Accounting frameworks should be regional and consistent with the US Forest Service’s robust Forest Inventory and Analysis program. Furthermore, policies should not construct artificial mandates or incentives, which disrupt the nation’s existing efficient and balanced forest biomass markets.

The forest products industry is by far the largest producer and user of bioenergy of any industrial sector. SFPNA’s mills produce over 80 percent of total energy from renewable sources, resulting in the lowest average carbon footprint of domestic freesheet suppliers.

In April of 2013, we announced an agreement with Summit Natural Gas of Maine to establish natural gas service to the Somerset Mill in Skowhegan, Maine. This project is one of the largest distribution projects of its kind in the recent history of Maine.

Summit’s investment of roughly US$350 million in pipeline infrastructure consists of 88 miles of steel pipeline originating in Richmond, Maine, and traveling up through the Kennebec Valley to Madison and Skowhegan.

Additional capital will be required to take full advantage of the new fuel source, with the greatest savings to be had in the pulp mill’s lime kiln (an integral element of the chemical recovery process), which currently uses #6 fuel oil. We will also be able to use natural gas in one of our multi-fuel boilers, also referred to as a “hog fuel” boiler. Displacing fuel oil with natural gas reduces the mill’s output of greenhouse gas emissions as CO2 emissions from natural gas are 30 percent lower than #6 fuel oil based on equivalent energy input.

The project also provides benefits to local residents and business owners. In addition to the mill, Summit plans to serve 17 communities in the region, creating the oppor­tunity for significant savings in energy costs and further reductions in greenhouse gas emissions.

Sappi’s primary manufacturing operations are integrated facilities where the pulp mill is located on-site with the paper mill. One of the inherent advantages of integrated facilities is the ability to take advantage of the generation of renewable fuels within the pulp mill (e.g., bark and black liquor) along with the cogeneration of heat and power. These fuels generated as by-products in the pulp mill are used to generate both electricity and steam for use throughout the mill.

With our recent conversion of our pulp mill in Cloquet, we have increased the amount of energy consumed at that site. The dissolving pulp process inherently requires more energy (primarily due to a longer cooking cycle) but also generates more black liquor. We do not yet have a full year of production experience in this mode of operation; however, preliminary data shows our overall consumption of renewable fuels remains the same as prior years of operation.

While we are now purchasing dry fiber to feed the paper machines at Cloquet, the paper mill complex remains fully integrated on the energy side. The EPA estimates that combined heat and power systems typically achieve systems efficiencies in the range of 60–80 percent. By comparison, stand-alone systems achieve only 45–55 percent efficiency. More efficient use of energy results in lower costs and lower greenhouse gas emissions.

Even though our integrated facilities are extremely efficient, we have established a five-year goal to reduce our energy intensity by 10 percent. This goal seeks to reduce overall energy usage regardless of whether that comes from pur­chased electricity, fossil fuels or renewable energy sources.

The US Environmental Protection Agency (EPA) has recently established new air emission rules for commercial and industrial boilers. The rules rely on Maximum Achievable Control Technology (MACT) standards to achieve more stringent limits for several pollutants including particulate matter, hydrogen chloride, mercury and carbon monoxide. Under the rules, companies have three years from the date of publication in the Federal Register (January 31, 2013) to comply, but individual states have the authority to allow an additional year for compliance.

Sappi’s boilers currently meet most limits under the rules due to past capital investments and optimization of fuel mix. Equipment needed for further emissions control at each of our three mills is included in our capital plans as part of annual maintenance spending.

Read the full SFPNA Sustainability Report 2013 by downloading an online PDF version directly from our website here or for more on sustainability, check out our eQ microsite at: http://www.na.sappi.com/eQ/index.html 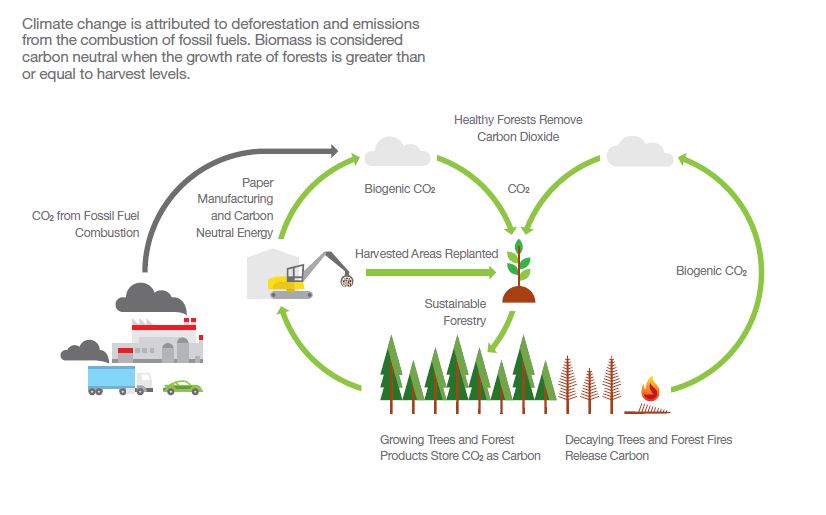