In 1972 Katharine Graham became America’s first female Fortune 500 CEO, leading The Washington Post Company, the fifth largest publishing company at the time, and under her leadership profits grew 20 percent annually from 1975 to 1985.   She also became a role model and mentor for many women leaders in male-dominated fields and spoke openly about the issues they faced.

Last year the US hit a milestone with a record 27 female CEOs at the helm of S&P 500 companies. And while there has been progress since 1972, it has not been enough, especially when women are projected to account for 51 percent of the increase in total labor force growth between 2008 and 2018.

As it’s been said, “you can’t BE what you can’t SEE.”   In fact, a study from The Rockefeller Foundation found that women and Americans overall feel there is a critical need for female role models and mentors. Two-thirds of Americans said that it’s highly important to them that younger women starting their careers have more women in leadership positions as role models. This desire is especially intense among millennial women (82 percent of women younger than 35), compared with 74 percent among women 35-54 years old, and even lower (67 percent) among women 55 or older.

In the same study, most women cited having women as a mentor, suggesting the need for, and potential influence of, more women in top positions. Specifically, among women who had mentors in the workplace, nearly two-thirds said that their mentor was another woman, rising to 72% among millennial women who have had mentors, while just 37 percent had male mentors.

Companies that effectively implement mentoring programs, in particular women-to-women mentoring, know that there are benefits for all parties involved:

For mentees, benefits include:

For mentors, benefits include:

For companies, benefits include:

As corporate America looks to develop even more female leaders, what are some of the benefits you have seeing come from mentoring? Share your comments on Sodexo Insights. 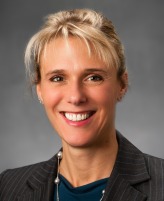