In 1948 the United Nations General Assembly adopted the landmark Universal Declaration of Human Rights, the first global recognition that there are basic inalienable rights and fundamental freedoms that apply to every human being. The Declaration made clear that men and women have the same rights to basic civil, political, economic, social and cultural rights. In the 69 years since then, we’ve made more strides towards gender equality but there is much more work to do in eliminating barriers for women across all aspects of society, including the workplace.

Gender bias and stereotyping still exist in the workplace, and continue to make it harder for women to succeed, and especially hard for them to rise to leadership positions.  After so many years with men in charge, people of both genders tend to subconsciously associate leadership with masculinity, according to a 2016 study by The American Association of University Women (AAUW).  While we’ve undeniably made great strides against overt sexism in the workplace, even the most feminist among us can carry the kind of unconscious biases that keep women from being promoted to leadership roles.

Here are three action steps to help counter gender bias in the workplace from Catalyst, a non-profit organization working to advance opportunities for women and business:

Take a look at your organization to identify areas where gender bias could be an issue. This could mean looking at a specific department or job function, including traditionally male-dominated areas like finance and technology, to ensure that women are being considered for roles. Or it could mean doing an across-the-board review whether women are being paid and promoted at the same rate as men with equivalent experiences and skills. American women make about 80 percent of what make for the same work, according to AAUW, although measurements differ.

Fight unconscious bias by raising awareness about it. Offer employees resources and training to educate managers and employees on the origin and consequences of bias, inconsistencies between values and actual behavior, and causes and effects of gender inequality in the workplace. Just making people aware of these tendencies is a major step toward creating a fairer workplace.

Implement innovative work practices that target unconscious bias. For example, you could start reviewing the salaries of new hires to ensure men and women with the same skills and experience are being hired at the same level and paid equally for the same work. Or you could revamp performance reviews to make sure you’re using objective and gender-blind evaluation criteria. 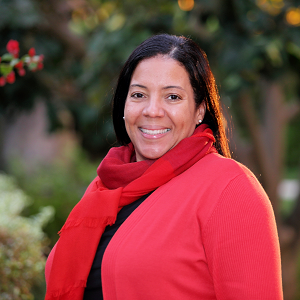