"All in" – is how Dieter Zetsche, CEO of Daimler, describes the smart product offensive. From 2017 the car brand will be equipping all models with an electric motor. That means zero-emission driving in the smart fortwo, smart forfour and smart cabrio (power consumption: 16.6 kWh/100 km; combined CO₂ emissions: 0 g/km [1]). The new environmentally friendly vehicles can be seen for the first time at the Paris Motor Show.

Better than reducing CO₂ emissions is not producing any emissions at all. The solution is electric mobility. smart is now implementing this throughout the whole product range as the first manufacturer worldwide to take such a decisive step toward environmentally friendly driving.

The smart models celebrated their world premiere at the end of September at the Paris Motor Show. With the new fast charger the vehicle can be fully charged in less than 45 minutes. smart is offering the vehicles at an attractive price to ensure that the electric cars are not only seen in Paris but will soon also be a common sight on the roads. For example, in Germany prices for the smart fortwo is below €18,000 (including environment incentive).

What's more, smart guarantees a battery life of eight years – or 100,000 kilometers. The lithium-ion battery fitted in the vehicles is produced by the Daimler subsidiary Deutsche Accumotive in Saxony. Right from the development stage, the company takes care to ensure that the valuable raw materials can be recycled and reprocessed. In this way Daimler protects the environment right from the start.

smart is pushing ahead with digital connectivity and is offering a smart control app for the vehicle which enables the driver to call up information relating to the electric drive and to remotely control intelligent charging. So as not to use battery energy unnecessarily during the journey the vehicles have programmable pre-entry climate control. This enables the vehicle to be warmed up in advance using power from a socket rather than from the battery. The smart ed still has a range of 160 kilometers.

With the launch of the first electrically driven test fleet in 2007 in London smart took on a pioneering role in the automotive industry. The second-generation electric drive was created just two years later and introduced in 18 markets. The aim was to gain as much experience as possible about how customers use the electric vehicles. Due to the great success smart produced 2000 units - twice as many vehicles as planned. In 2013 the third generation of the electric smart was also very well received on the German market. The fourth generation now presented in Paris aims to continue this success story.

[1] The values quoted for fuel consumption and CO₂ emissions were calculated based on measurements taken in accordance with the New European Driving Cycle, as required by Section 2 No. 5, 6, and 6a in the current version of German laws governing labelling of passenger cars (known as Pkw-EnVKV). The figures do not refer to a specific individual vehicle and are not part of any product offering, but instead are presented solely for purposes of comparison between various vehicle types. On the basis of the measured CO₂ emissions taking into account the mass of the vehicle.

[2] Optional available from 2017, charging is depending on the country version and the electricity supply network. 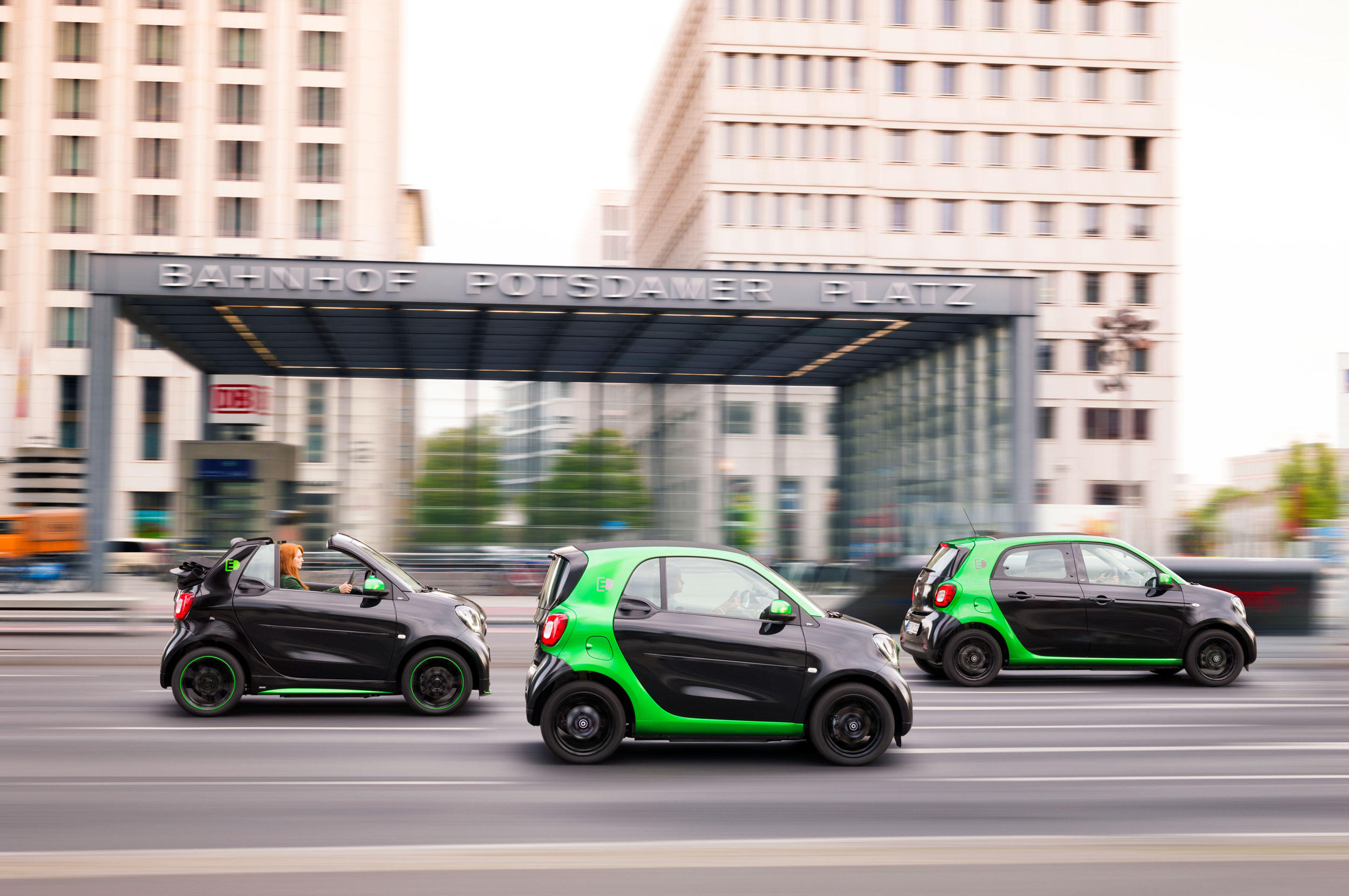 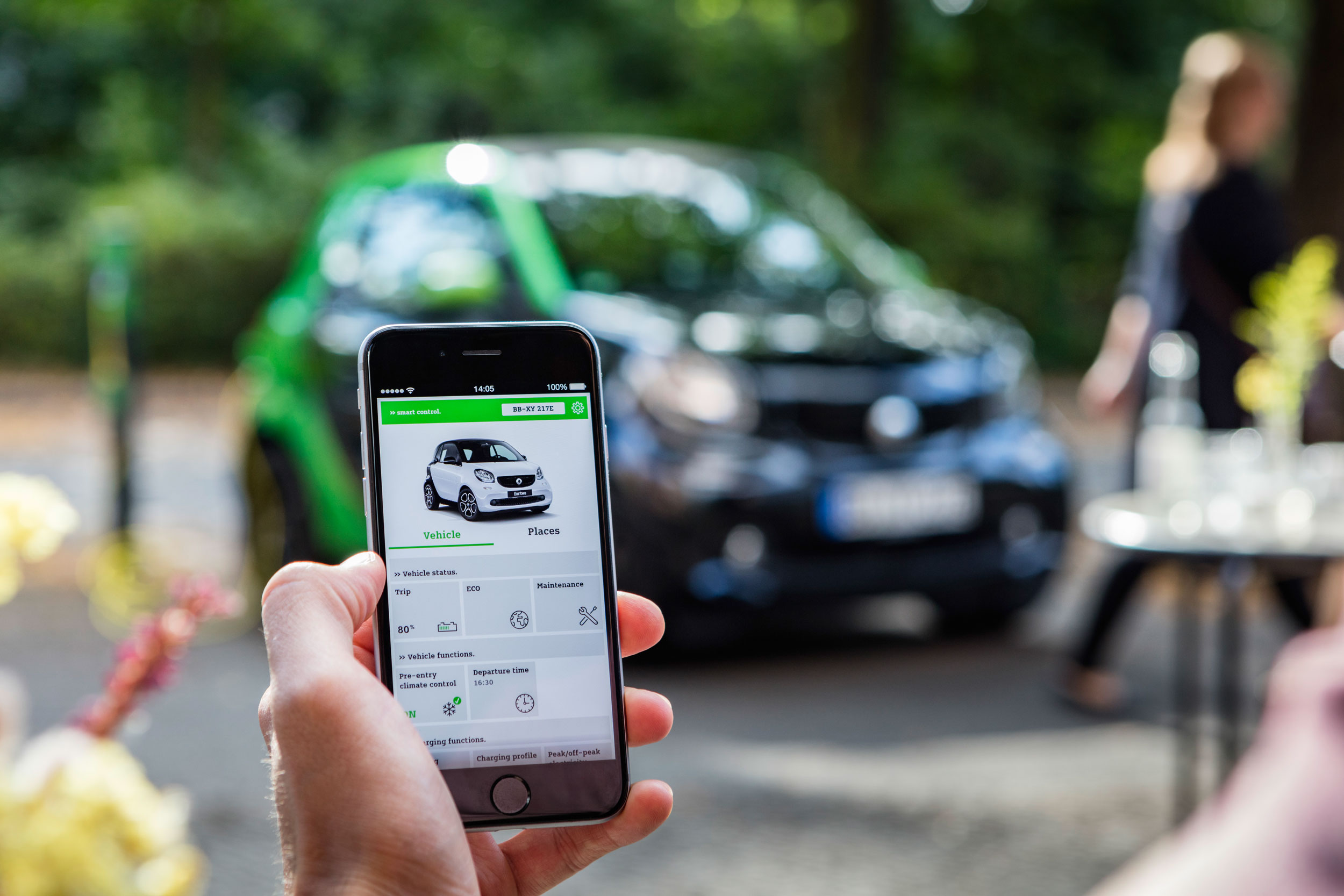 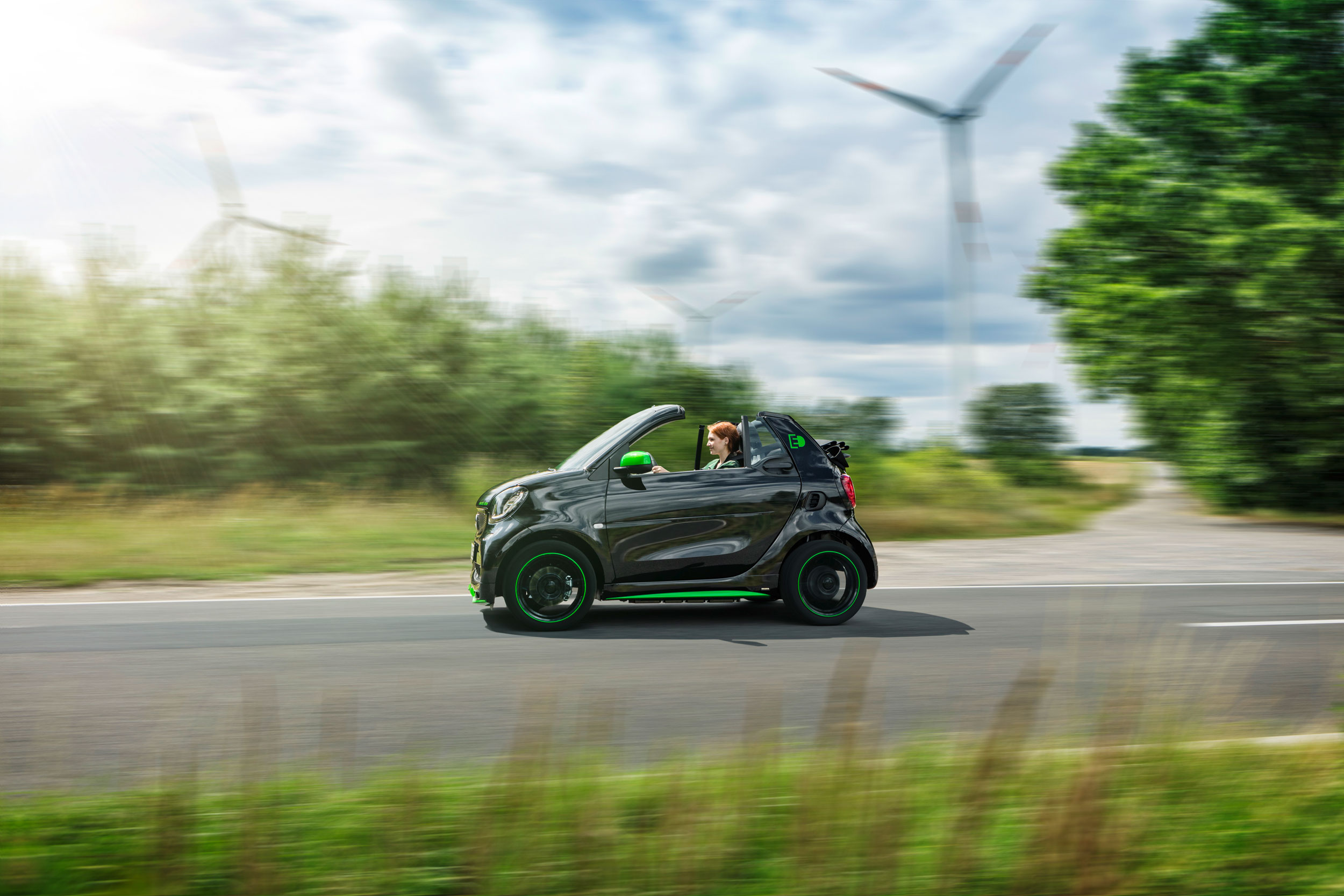