Las Vegas Sands named The Marty Hennessy Inspiring Children Foundation as the inaugural participant of the Sands Cares Accelerator Program because their mission is closely aligned with the focus of Sands Cares, the company’s corporate giving program. The Foundation helps children develop a vision for their life, where they can grow their strengths through project-driven learning, mentoring, apprenticeships, academics and athletics.

The event included a concert, reception and silent auction with all proceeds benefitting The Inspiring Children Foundation. The evening commenced with an exclusive meet-and-greet with Jewel, followed by a red carpet and VIP reception. The concert portion of the evening took place inside The Palazzo Theatre and kicked off with an energetic performance by “Baz – Star Crossed Love,” and was highlighted by an intimate, acoustic concert performance by Jewel that included her biggest hits such as, “Who Will Save Your Soul,” “You Were Meant For Me,” “Foolish Games,” “Hands,” Intuition,” and others. Before performing each song, Jewel told the audience a story about her past which correlated with the significance of the songs, why she chose to write them and their meanings. Over the course of the evening she shared such stories as her struggles with homelessness to overcoming an abusive father.

The night concluded with an amazing performance of the Michael Jackson hit, “Man in the Mirror” by Siedah Garrett, the original composer of the timeless classic. Garrett was joined on stage by Jewel, along with several children from The Inspiring Children Foundation. 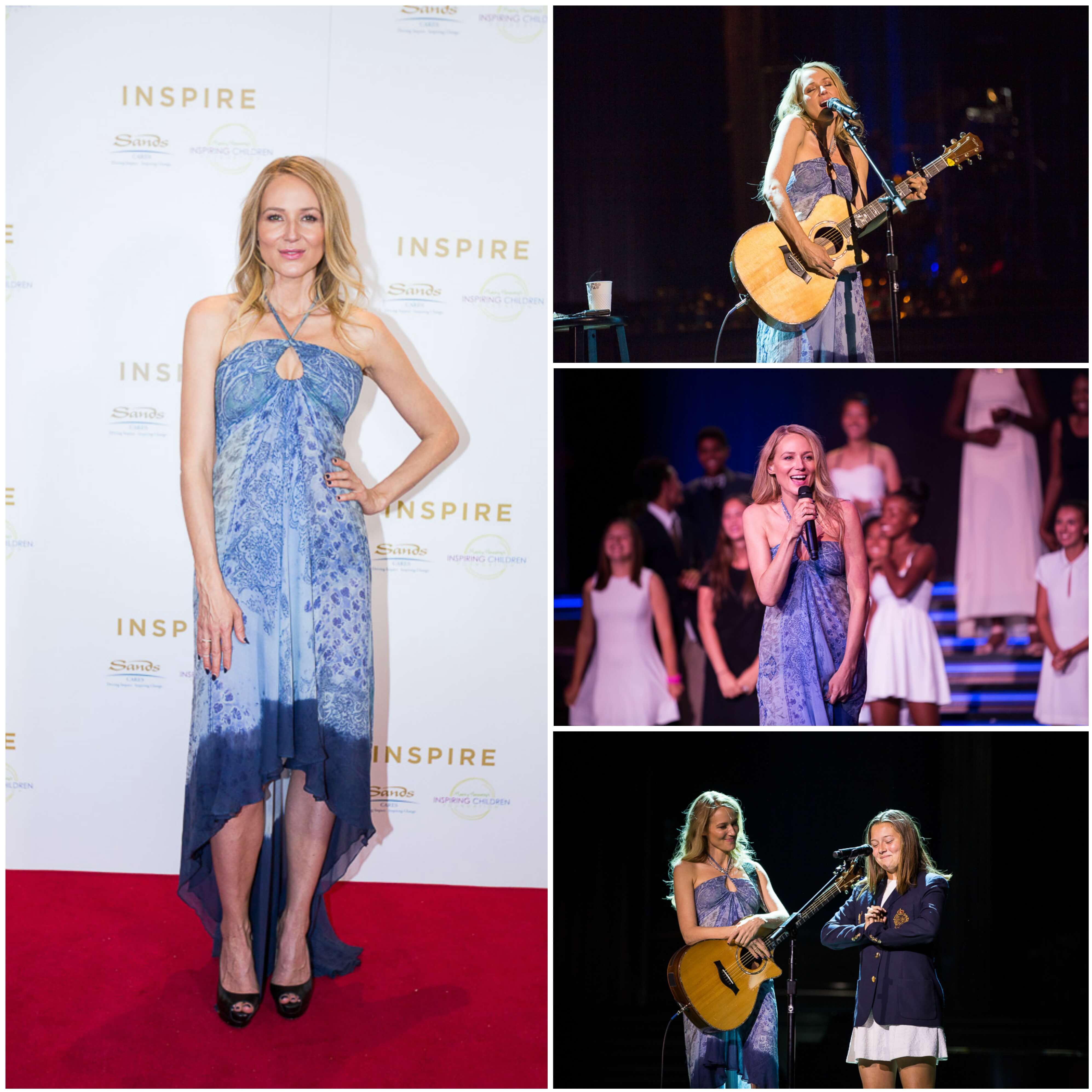