After its groundbreaking first season in 2012 and a successful second season earlier this year, STAR India's hit series Satyamev Jayate, or "Truth Alone Prevails," will return with new episodes on Sunday, October 5th. In addition, STAR will also premiere SMJ Live, a series of live specials in which viewers can interact with host Aamir Khan directly through social media. This initiative is the latest in STAR's effort to establish SMJ as a platform through which Indians' voices can be heard.

The series features Bollywood star Aamir Khan discussing some of the most pressing social issues facing India today, from female feticide and child sex abuse to alcoholism and political corruption. Yet, despite its sensitive subject matter, the show has become one of India's most watched programs. STAR estimates that more than 500 million Indians saw the show in its first season, and the groundswell of grassroots movements that have come about as a result have had tangible effects on Indian culture.

Since its 2012 debut, SMJ has led to several new and revised laws, both in national and local governments. Indian Parliament passed the country's first ever child protection from sexual abuse bill, and the Rajasthan high court created a fast-track court to prosecute cases of female feticide. Recently, Aamir Khan met with the newly-elected Indian Prime Minister Narendra Modi to discuss the various issues he covered on SMJ, indicating that the series has become a centerpiece of the national conversation.

"There has been a significant shift in attitudes, perceptions, beliefs, and behavior," said Gayatri Yadav, Executive Vice President of Marketing and Communications at STAR India. "Over the last two-years, Satyamev Jayate has redefined the role of TV as a positive change agent."

The new season's tagline Mumkin Hai, or "It is possible," speaks to this emphasis on change. Sharing impacts like these is essential for STAR, and the company is launching its new digital initiative to better communicate with its audience.

Digital has long been a key component in SMJ's attempts to facilitate an ongoing dialogue with its viewers. The series' website encourages viewers to post their stories about how they have encountered these issues in their own lives, and the conversation on Twitter was so large that SMJ became the first Indian series to reach 2nd place on Twitter's top 10 global trends. Now, viewers will have the chance to use social media to interact with Aamir Khan directly through hour-long live specials that will air following each new SMJ episode.

"This was based on feedback that our viewers wish to interact and have their voices heard," Yadav said. "Digital will be a key medium for this, where people can ask questions and share their views through social media, and this will be broadcast live on STAR Plus. SMJ Live is one more step in taking the show closer to viewers and making it a people's brand."

Satyamev Jayate's new season will premiere on STAR channels in India and around the world on Sunday, October 5. The series is sponsored by Airtel and Axis Bank. Visit STAR on YouTube to watch the complete first season and SatyamevJayate.in for the second. Click here for more information on STAR, Satyamev Jayate, and SMJ Live. 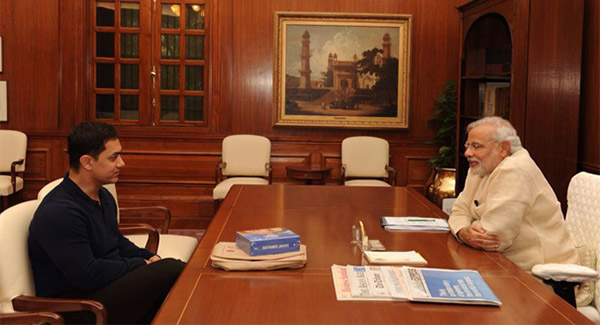