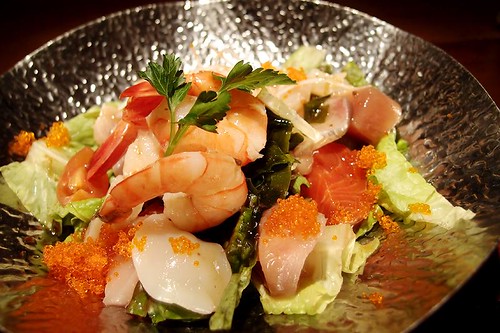 (3BL Media/Justmeans) – According to the National Fisheries Institute, shrimp, salmon and canned tuna alone make up 60 percent of the seafood Americans eat. However, most of these species are endangered and, more often than not, are a product of unsustainable fishing practices.

The good news is that there is a growing segment of chefs, restaurateurs and fishmongers in New York and around the country that is taking on the mission of selling wild and local fish whose populations are not threatened with extinction. These seafood specialists also want to focus on selling invasive species that are a threat to the other fish.

Vinny Milburn, an owner and fishmonger at Greenpoint Fish & Lobster Company in Brooklyn, says that their aim is to take the familiar species and infuse it with unfamiliar ones. Milburn does not sell cod, but offers diverse species such as lionfish, wild blue catfish and almaco jack.

There is not only a hidden profit opportunity in selling sustainable seafood, but also fringe benefits for the chefs. When an ingredient is less popular, it usually means that is less expensive. From a chef’s perspective, it helps break the culinary monotony and motivates them to be creative.

The idea of promoting sustainable seafood is catching on, with neighborhood spots, diners and national chains such as Slapfish willing to embrace this approach. Consumers are ready to support this new trend whole-heartedly because they want something different. Louis Rozzo, the president of the F. Rozzo & Sons wholesale distributor in New York says that now porgy as well as local tilefile and hake are in high demand even at upscale restaurants.

Lucy de Parry, co-owner of Rose’s Fine Food in Detroit, says that she cannot imagine serving industrially harvested tuna or salmon or cod. One cannot really eat that stuff anymore, Parry says, because it is destroying the environment.

At N/naka, in Los Angeles, the chef Niki Nakayama has partnered with Dock to Dish, a coast-to-coast organization that helps local fishermen come to chefs with uncelebrated species that may not otherwise fetch top price in the marketplace. Michael Cimarusti, renowned for his passion for seafood, has drawn acclaim for its reverent approach to fish. He is getting ready to open Cape Seafood and Provisions, a shop devoted to sustainable seafood.