One of these projects includes Gateway West Apartments, a mixed-use development in uptown, Charlotte. Star participant sites have occupational injury and illness incidence rates far below the state and national averages for comparable projects.

The Carolina Star program, a state version of the U.S. Occupational Safety and Health Administration (OSHA) Voluntary Protection Program, represents a partnership among employees, management, and the NCDOL. Companies are chosen for acceptance into the Star program based on an extensive application, a review of their health and safety program, employee and subcontractor interviews, and site evaluations.

Balfour Beatty Construction submitted its application to the state in May 2010 and was officially approved for participation on August 29, 2012. In recognition of Balfour Beatty Construction’s leadership in workplace safety, the NCDOL chose Chris Bunch, loss prevention manager for the Carolinas division, to give a presentation regarding the Star application process at its September 2012 Safety Conference.

“We believe our focus on safety is as important as the quality, schedule, and even the profitability of our projects,” said Pat Dean, division president for Balfour Beatty Construction in the Carolinas. “We are honored to partner with the North Carolina Department of Labor and OSHA to achieve our ultimate goal of ensuring all employees go home as safely from our jobsites as when they arrived.”

A leader in the U.S. commercial construction industry, Balfour Beatty Construction provides general contracting, at-risk construction management, and design-build services through more than 2,400 professionals nationwide. The company has been cited as a Top 10 Green Builder by Engineering-News Record and as one of the 100 Best Companies to Work For® by FORTUNE magazine, each for three years in a row. The company is part of London-based Balfour Beatty plc, a global leader in professional services, construction services, support services, and infrastructure investment, with more than $18 billion in annual revenues. To learn more about the company visit balfourbeattyus.com. 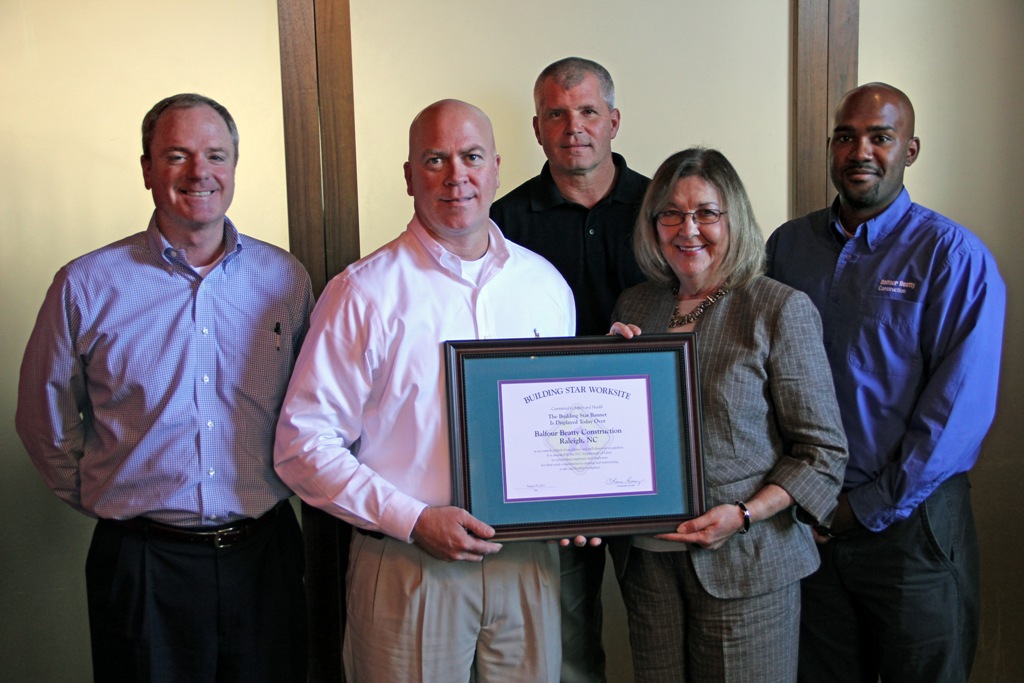