The prestigious list recognizes companies that excel in areas such as hiring, retaining and promoting women, minorities, people with disabilities, LGBTQ individuals and veterans
May 15, 2017 1:05 PM ET
Tweet This:
.@mgmresortsintl is committed to #workplacediversity ; @DiversityInc for the 12th consecutive year! http://bit.ly/2qafOox
Press Release

LAS VEGAS, May 15, 2017 /3BL Media/ – For the twelfth consecutive year, MGM Resorts International has been recognized as a Top Company for Diversity by DiversityInc, one of the nation’s leading sources on workplace diversity management. The company is ranked 3rd on “The Top Ten Regional Companies” list for diversity best practices.

DiversityInc’s annual survey – tracking the nation’s top companies when it comes to hiring, retaining and promoting women, minorities, people with disabilities, LGBTQ individuals and veterans – is one of the most rigorous, data-driven surveys of its kind, gauging detailed demographics based on race/ethnicity and gender at some of the largest U.S. employers.

“There are simply not enough qualified people to hire. A company’s ability to find the best and brightest, advance and retain them equitably is a decisive competitive advantage,” notes Luke Visconti, founder and CEO of DiversityInc. “The DiversityInc Top 50 have a decisive metrics-evidenced ability to treat people more fairly than other large companies. They also have a greater-than-average return for their shareholders.”

In 2000, MGM Resorts took the leadership as the first company in the gaming and hospitality industry to voluntarily adopt a formal diversity and inclusion policy. This is a critical pillar of the company’s enterprise-wide social responsibility platform, which also includes community giving and environmental sustainability as key elements.

“At MGM Resorts, inclusion is a business imperative,” said Phyllis A. James, the company’s Executive Vice President and Chief Corporate Responsibility Officer. “We are driven by our belief that a business becomes stronger and more competitive when it leverages the talents of all of its employees – and their different backgrounds, cultures, ideas and viewpoints – to create better, innovative strategies and methods for exceptional products and guest services. We are honored to be recognized by DiversityInc for the progress we continue to make.”

Some recent highlights from MGM Resorts’ Diversity and Inclusion Initiative include:

For additional information about the company’s inclusion initiative, and to learn more about its efforts in corporate social responsibility, please visit: www.mgmresorts.com/csr. 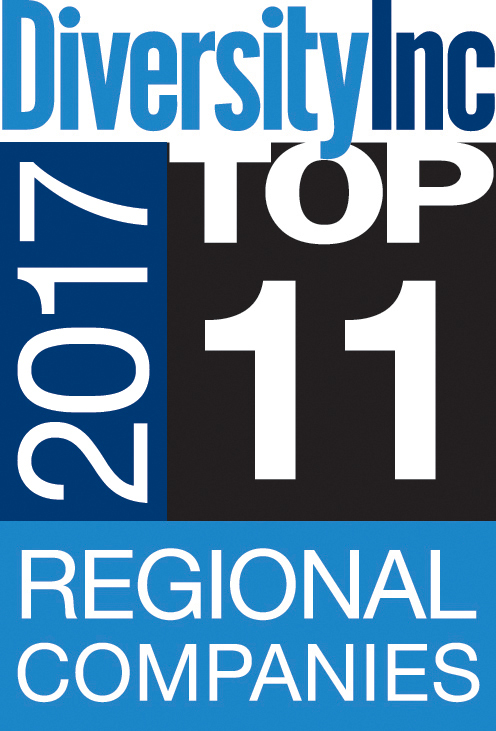