WASHINGTON, January 29, 2015 /3BL Media/ - This week, Million Women Mentors (MWM), in partnership with Kansas, Missouri, New Jersey, Indiana and Ohio, is proud to announce over 40,000 new commitments to mentor a girl or young woman in the career ladder in STEM skills. The goal of the movement is to garner one million mentors (women and men) in Science, Technology, Engineering and Math (STEM) professions over the next three years, to collectively increase the interest and confidence of girls and young women in these academic areas. These new states join the Million Women Mentors® movement where already 22 states are working to engage their communities in mentoring women and girls. There are now 27 states with pledges, 58 partner organizations, and 30 major sponsors to date in the first year of the initiative.

By taking the pledge at www.MillionWomenMentors.org, these states are committing to work with organizations to promote mentoring for a minimum of 20 hours per mentee. The second version of the webportal launching this winter will have searchable database matching technology.

"We salute the state-level leadership and know how hard they have worked to build their mentoring pledges," states Edie Fraser, CEO of STEMconnector® and Million Women Mentors®, "...adding these new pledges to the over 160,000 already made through our official site www.MillionWomenMentors.org takes us past the 200,000 mark - which is tremendous since our four year initiative only launched in January, 2014. We expect big corporate, city and federal government pledge announcements in the coming months as well."

The Lieutenant Governor Kim Reynolds of Iowa has been integral to building MWM state efforts and is a leader dedicated to engaging more states. In addition to launching Iowa's mentoring commitments in all 99 counties, she also issued a challenge to her fellow lieutenant governors to mobilize their states to commit to Million Women Mentors pledges. Since July two more Lieutenant Governors, Lt. Governor Ron Ramsey of Tennessee and Lt. Governor Angela McLean of Montana have also engaged. "The Lt. Governor Kim Reynolds' leadership and engagement of other state leaders are effective in creating the movement," says Sheila Boyington who is leading the MWM State Initiatives as a Senior Advisor to the MWM team. "With evidence showing a lack of women and girls entering STEM programs and careers, it is more important than ever to translate strong STEM outreach and advocacy into action" says Tennessee's Lt. Governor Ron Ramsey.

Leadership from Kansas, Missouri, New Jersey, Indiana and Ohio are now stepping up. New Jersey is pledging 6,000 mentors and Balaji Ganapathy from Tata Consultancy Services (TCS) is supporting the New Jersey efforts: "In today's digital economy, STEM careers provide great opportunity for gender equity, economic growth and social prosperity. Individuals and organizations need to come together, and inspire girls and young women towards STEM education and jobs. TCS is proud to be a founding partner of Million Women Mentors, and our employees in NJ and around the world will serve as role models for the next generation of female computer scientists and engineers."

Ohio has engaged in a big way with the largest state pledge of 25,000. Mentoring young women is a true win-win," says Aimee Kennedy, Vice-President of Education, Philanthropy and STEM Learning at Battelle in Ohio. "As mentors, we can help unleash the full potential of the next generation of American innovators."

Kansas and Missouri are collaborating on a pledge of 7,000.  "The majority of the tomorrows' jobs will be firmly grounded in STEM.  If we are to be prepared as a state, and as a nation, to meet this new frontier, we must encourage and inspire young women to see the tremendous potential that STEM professions hold for their future," says Brian Crouse, Executive Director, Missouri Mathematics and Science Coalition.  According to Laura Loyacono, Executive Director, Kansas City STEM Alliance, "We cannot afford to leave out 50% of this country's workforce, especially in STEM fields. We are glad to collaboratively lead Missouri and Kansas by convening STEM partners across the two states."

In addition Indiana is pledging 5,000 mentors and many of the state efforts involve the National Girls Collaborative Project organizations.  In the first year of the movement, the states that have pledged thus far have already made progress on meeting these pledges and the new states are expected to follow.  "The engagement at the state level allows the Million Women Mentors movement to expand and succeed in impacting the STEM workforce need in a direct way by mobilizing and building, escalating the pipeline towards overall retention of women in STEM," said Julie Kantor, Chief Partnership Officer of Million Women Mentors (MWM). Million Women Mentors® is an initiative of STEMconnector® and aims to reach the million goal by 2019.

“STEM mentoring is as much about fueling a talent-driven economy as it is about gender equality,” said Michael Norris, chief operating officer, Sodexo and communication & branding chair for STEMConnector. “In academia, women currently earn 41 percent of PhD’s in STEM fields, but only 28 percent of tenure-track faculty in those fields is women. Whether in academia or corporate America, increasing the rate of women in STEM careers through the use of powerful mentoring relationships like Million Women Mentors is vital to our global competitiveness as well as achieving gender parity in the workplace.”

To learn more on how you can participate in your state's efforts please register at the website www.MillionWomenMentors.org or contact us at MWM@STEMconnector.org  Watch for the update of the site by March, 2015, at a time when states will be highlighted during Women's History Month. 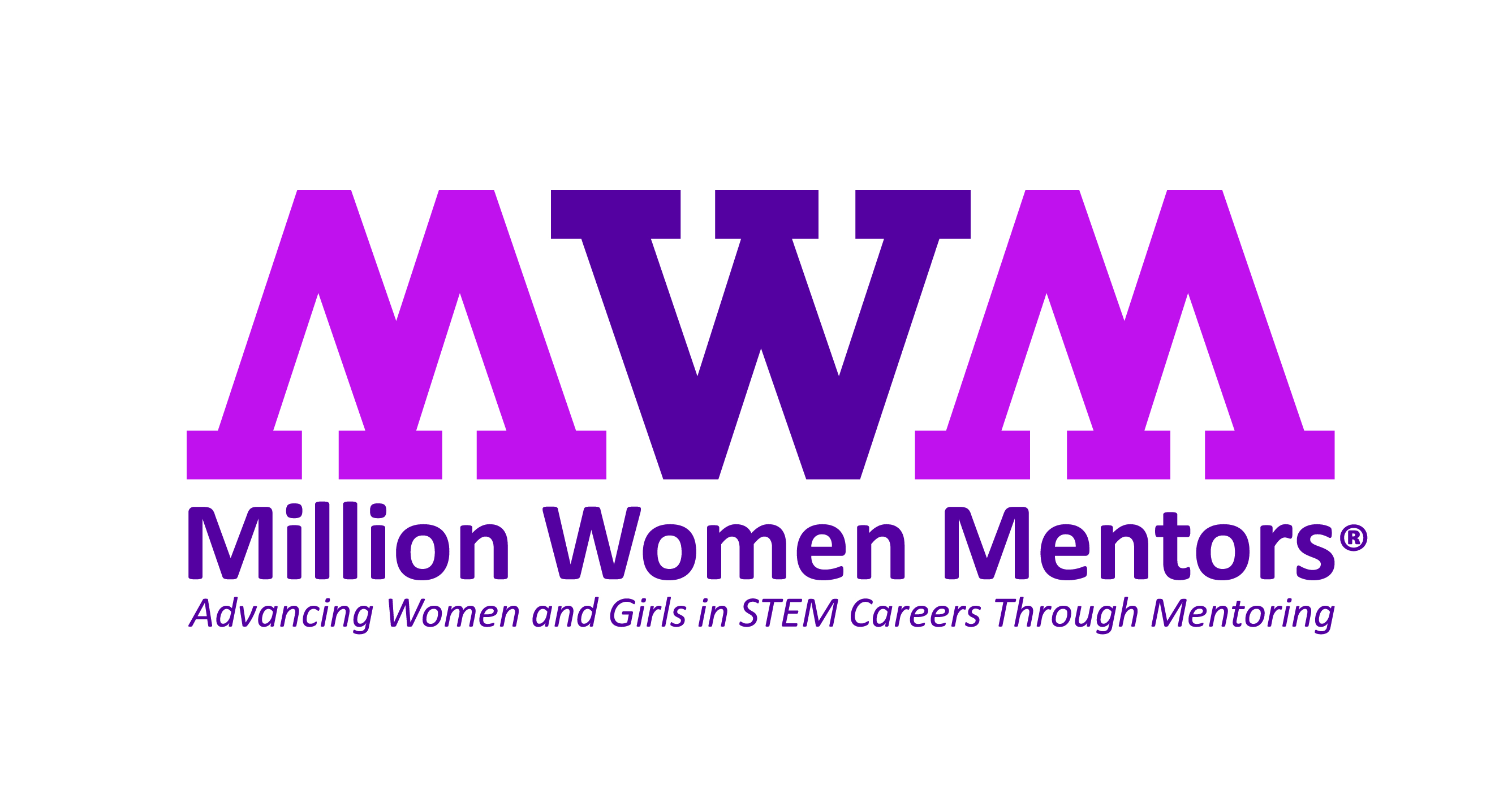