WASHINGTON, D.C., May 31, 2017 /3BL Media/ – Consumers could outspend utilities in the adoption of solar, storage, electric vehicles and other distributed energy resources (DERs), making it essential for utilities to track and integrate these DERs into their planning processes to benefit their customers and the grid.

That is one of the key findings of a new case study from the Smart Electric Power Alliance (SEPA) and Black & Veatch, detailing the efforts of the Sacramento Municipal Utility District (SMUD) to create such an integrated DER planning process. Through an in-depth study of its customers’ adoption of DERs, SMUD built a comprehensive customer database that will allow the utility to predict which neighborhoods will see higher levels of DERs. The database will also be used to model the impacts DERs might have on SMUD’s distribution and bulk power systems, and on the utility’s finances.

“An increasing number of utilities are integrating distributed technologies onto the grid, but with this study, SMUD has become an industry leader, providing insights and models that others can follow,” said Julia Hamm, President and CEO of SEPA. “We believe that integrating DERs into regular utility resource planning, as SMUD is doing, will quickly become an industry best practice.”

Other key takeaways from the report include:

“This case study demonstrates that integrated DER analysis can identify potential problems, make utility planning processes more robust, and improve utility-customer relations through better policies and programs,” said Jeremy Klingel, Senior Managing Director for Black & Veatch’s Management Consulting business. “But it will need to be a regular part of utility planning, and that will require organizational change and solid investments in analytics, databases and other IT infrastructure.”

“The advent of cost-effective DERs -- such as rooftop solar, and ultimately solar coupled with battery storage -- will continue to mean flat, to declining load growth for utilities,” said Paul Lau, SMUD’s Chief Grid Strategy and Operations Officer. “As a public, not-for-profit utility, SMUD is keen on providing optimal rate treatment for DERs for those customers participating with behind-the- meter DERs and for those who do not.

“SMUD also needs to consider operational and reliability issues as we plan our utility system for DERs, which is why this case study is an important first step to helping SMUD understand what DERs will mean going forward,” said Lau.

The Smart Electric Power Alliance (SEPA) is an educational nonprofit working to facilitate the utility industry’s transition to a clean energy future through education, research, standards and collaboration. SEPA offers a range of research initiatives and resources, as well as conferences, educational events and professional networking opportunities. SEPA is founder and co-sponsor of Solar Power International and winner of the Keystone Policy Center’s 2016 Leadership in Energy Award. For more information, visit www.sepapower.org.

About Black & Veatch
Black & Veatch is an employee-owned, global leader in building critical human infrastructure in energy, water, telecommunications and government services. Since 1915, we have helped our clients improve the lives of people in over 100 countries through consulting, engineering, construction, operations, and program management. Our revenues in 2016 were $3.2 billion. Follow us on www.bv.com and in social media.

As the nation’s sixth-largest community-owned electric service provider, SMUD has been providing low-cost, reliable electricity for about 70 years to Sacramento County and small adjoining portions of Placer and Yolo Counties. SMUD is a recognized industry leader and award winner for its innovative energy efficiency programs, renewable power technologies, and for its sustainable solutions for a healthier environment. SMUD’s power mix is about 50 percent non-carbon emitting. For more information, visit smud.org. 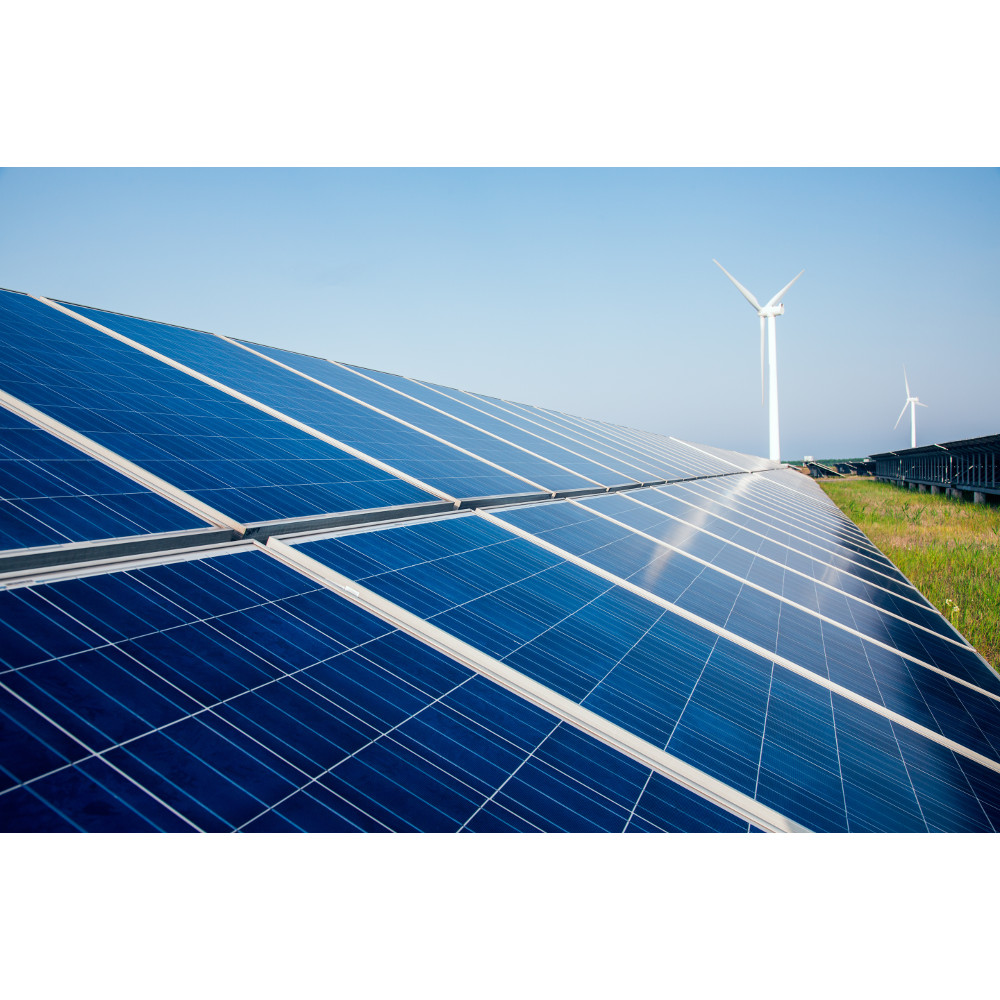