• $50 million donated to charities over the last seven years

In previous years, Subaru had donated a total of $5 million per event; however, as sales of Subaru vehicles have grown since the program began seven years ago, total charitable contributions have effectively tripled to $15 million this year.

“We are honored to be able to support both our owners’ philanthropic spirit and the work of these incredible organizations,” said Alan Bethke, vice president of marketing, Subaru of America, Inc. “Share the Love is a special event and Subaru is proud to have donated $50 million to a host of national and local charities since the inception of the program. Subaru owners and retailers are making a positive impact in their communities.”

About Subaru of America, Inc.
Subaru of America, Inc. is a wholly owned subsidiary of Fuji Heavy Industries Ltd. of Japan. Headquartered at a zero-landfill office in Cherry Hill, N.J., the company markets and distributes Subaru vehicles, parts and accessories through a network of more than 600 retailers across the United States. All Subaru products are manufactured in zero-landfill production plants and Subaru of Indiana Automotive Inc. is the only U.S. automobile production plant to be designated a backyard wildlife habitat by the National Wildlife Federation. For additional information visit media.subaru.com. 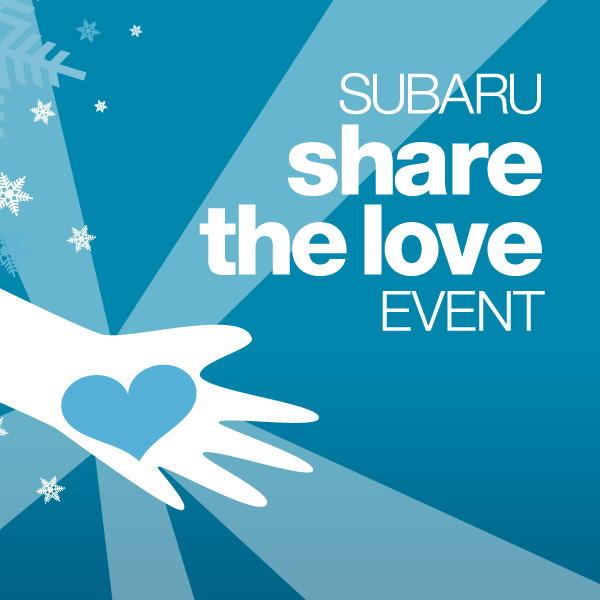