AUSTIN, Texas, February 27, 2017 /3BL Media/ - On Wednesday, March 1, Whole Planet Foundation launches its 12th Prosperity Campaign, which funds microfinance organizations and microcredit loans to alleviate poverty in regions where Whole Foods Market® sources products. The organization’s focus is on women in the developing world, where small loans can help entrepreneurs create a better life. The campaign’s goal is to raise $3.2 million during the month of March to fund microcredit loans, increasing the foundation’s current reach of 15 U.S. cities and 69 countries.

Whole Foods Market shoppers can get involved by making donations at store checkouts or online at wholeplanetfoundation.org. Because Whole Foods Market covers all of the foundation’s operational costs, 100 percent of every dollar donated directly supports Whole Planet Foundation programs.

“The Prosperity Campaign is such an integral part of our work, not only because of the money we are able to raise, but because of the connections we make with Whole Foods Market customers who care about alleviating poverty,” said Joy Stoddard, Whole Planet Foundation development and outreach director. “A loan as small as $35 can change someone’s life and this campaign allows us all to contribute.”

Microcredit loans are small – outside the United States, the average first loan is $187. They do not require a formal contract or collateral. These microloans provide impoverished entrepreneurs with access to credit to create or expand home-based businesses that will generate income for their families.

For example, a woman who runs a small, roadside market stand selling tomatoes in Kasangati, Uganda can receive a business loan of 300,000 shilling (about $111). With her loan capital she is able to slowly add other types of produce to her stock. With the ability to purchase increased quantities, she is able to make a larger profit when she resells the goods, eventually repaying the loan and increasing her revenue to support herself and her family, as well as securing a second loan of 600,000 shilling (about $222).

When these funds are repaid, they remain in the community to generate additional loans. Whole Planet Foundation’s microfinance partners around the globe have a 97 percent repayment rate. To see profiles of microentrepreneurs supported by the foundation all over the globe, visit wholeplanetfoundation.org/support.

“Over the past 11 years, we have provided opportunities through microcredit loans to over 10.5 million people. The microfinance organizations we partner with offer loan programs, training and financial services that are imperative to business success for the self-employed poor,” said Philip Sansone, Whole Planet Foundation president and executive director. “So much of this work is made possible by our generous supplier partners.”

As part of this year’s Prosperity Campaign, each of the following supplier partners has pledged to donate $100,000, or the equivalent of about 535 microcredit loans, to support the foundation’s work: Allegro Coffee Company, Frontier Co-op, Naked Juice, Papyrus-Recycled Greetings, So Delicious, and ZICO Coconut Water.

To join the campaign, visit bit.ly/WPFProsperity2017 and donate today.

About Whole Planet Foundation®
Founded in 2005, Whole Planet Foundation is a Whole Foods Market foundation that funds poverty alleviation worldwide where the company sources products.  The nonprofit’s mission is to empower the world’s poorest people with microcredit and the chance to create or expand a home-based business and lift themselves and their families out of poverty. As of December 2016, Whole Planet Foundation is alleviating poverty through microfinance partners in the United States and 68 other countries throughout Africa, Asia and Latin America. To date, the nonprofit has disbursed $63 million through microlending partners worldwide, funding 1.9 million microloans and 10.5 million opportunities for a better life for microentrepreneurs and their family members. 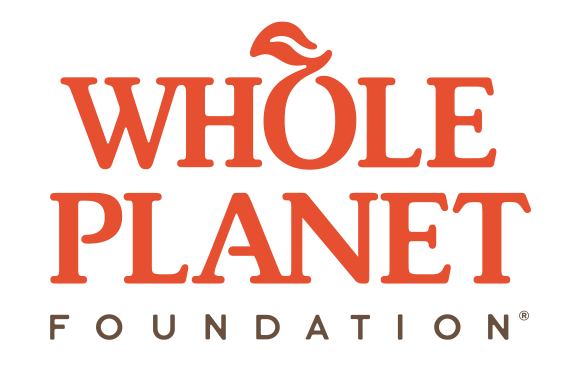